China’s the kind of giant that will overwhelm all statisticians. They have produced more steel than the next 10 countries in the world, added up. (Yes, we’ve written about this earlier) And India’s a VERY big part of that statistic, but it pales in comparison with the Great Wall. 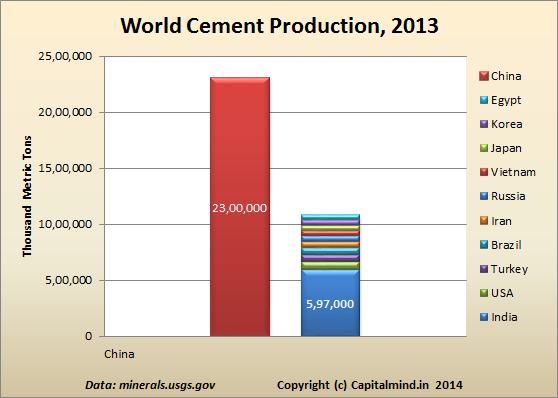 (Indeed, India’s bigger than the remaining 9 of these, added up) And China’s four times India!

In fact, China produces more cement than the REST OF THE WORLD, Combined. 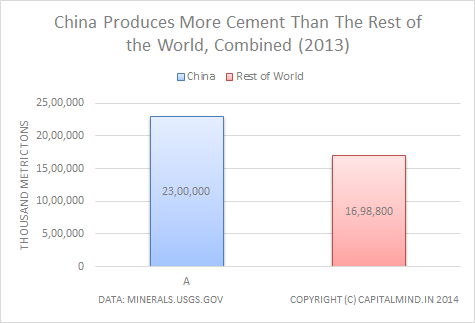 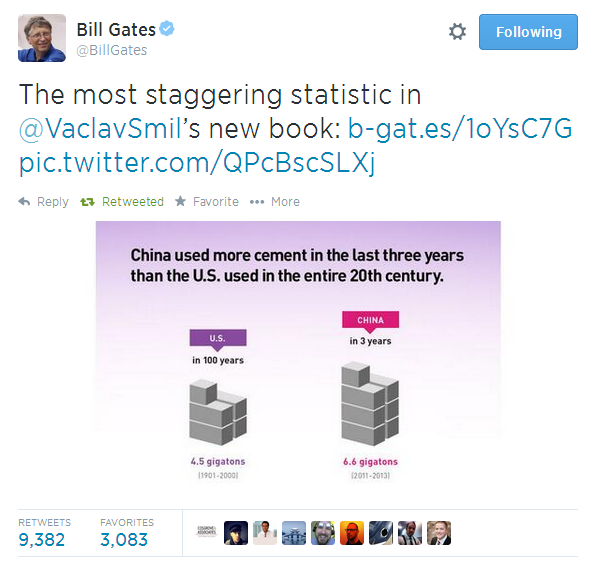 India’s going to be another huge element on that list. Developing, yes, but developing into giants. Cement using giants.