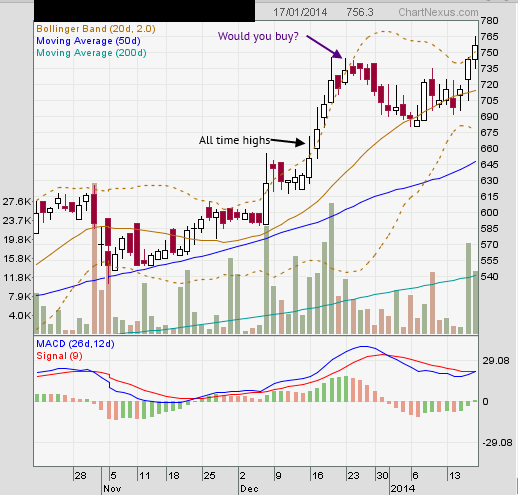 At the point of the purple arrow, the question was: would I buy?

The answer, at the time, was: Why not?

All time highs appeal to me. I don’t often catch them the first time, but this was a stock I’d traded earlier and was a little shocked that it had nearly doubled in a year.

That stock just did this. 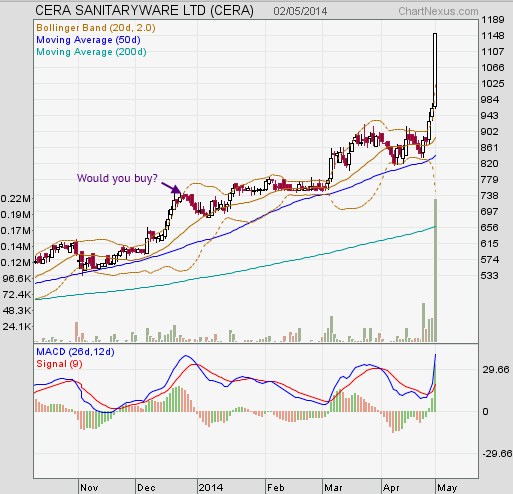 It’s a stock called Cera Sanitaryware. They make ceramics. For toilets. And that stuff seems to be quite seriously in demand, because they’ve just done a fairly good deed for profits: 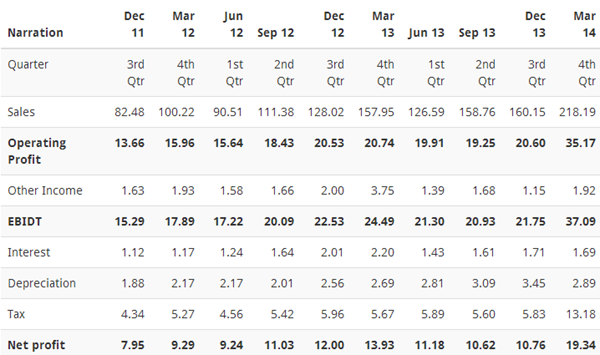 They’ve made an EPS of Rs. 41 for the whole year, which is 12% higher than the previous year. That gives them a P/E of nearly 30, which isn’t too high considering they have taken profits up 4x since 2009 (5 years).

There’s no shareholding pledged, and promoters are consistently buying and upping their stakes.

It’s a little weird, this move, coming about six days after results were announced (25th April). Is there more happening here? 20% on high volumes (22 cr., or 10x the average) is strange, but will it sustain this move?

There’s also the eternal question of “should I buy this stock now?” – if I wasn’t already invested, I would have bought with a 10% stop loss; in a time of mad momentum, everything moves without reason.

And appropriately, the song goes:

When i was just a little girl
I asked my mother what will I be
Will I be pretty? Will I Be Rich?
Here’s what she said to me:
Que Cera Cera
Whatever will be will be
The future’s not our’s to see
Que Cera Cera 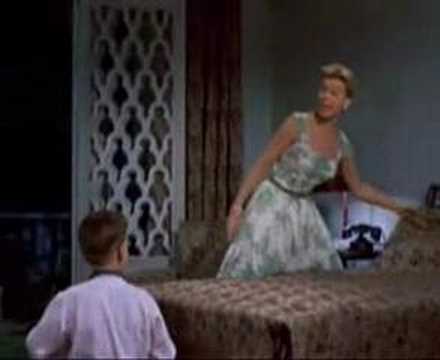