Infosys results have become less relevant than they used to be. A few key things about their results, in charts.

Revenues are Down, Profits are Massively Up Profit growth went above 26% over last year. However, revenues suck.

If you take the EPS of the last four quarters and add them up, and use to determine the Price to Earnings Ratio (P/E) and the Growth over last year, here’s what you get: 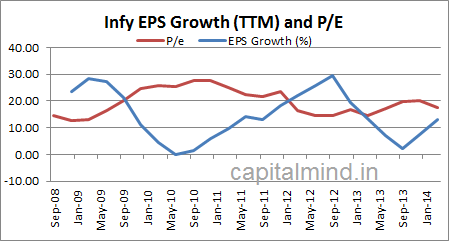 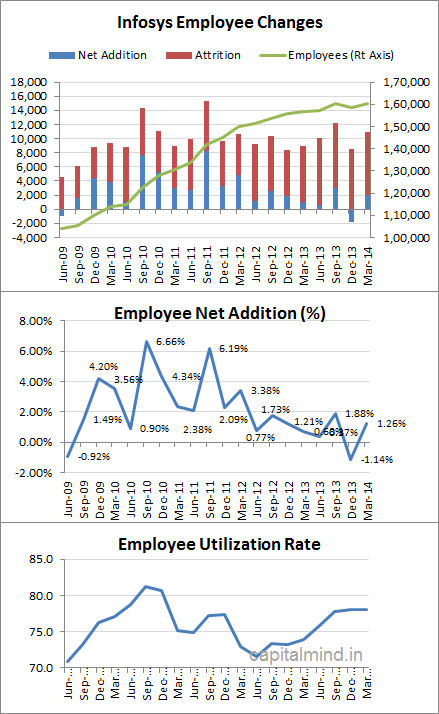 They’ve only managed to hire 2001 people, after taking in nearly 11,000 (and nearly 9000 left). This is dismal because Infy makes money billing its employee based services.

They’ve had some top and mid management attrition recently which would probably add to their margins in the near term. However, how sustainable is that? They’ll still need to hire others to replace them (at a higher cost) and then raise salaries of the rest of the staff.

You can see that the US is losing it’s weight on Infy’s revenue: 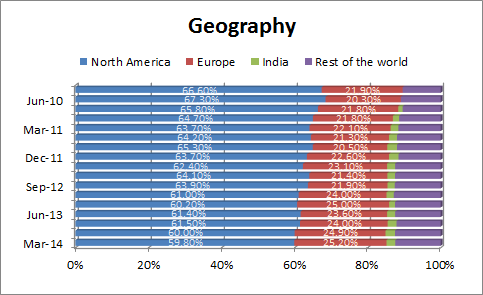 It’s not been that much of a stock and moved less than 1% today. Volatility on Infy results has been high in the past, but this time it’s just gone pffffft like a balloon. 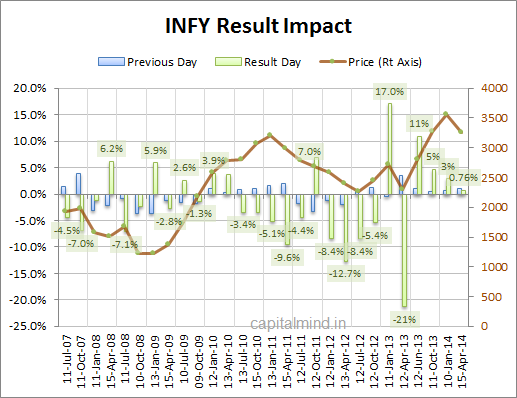 Overall, reasonable profit numbers, but they have to get their revenues going faster. From an industry perspective other companies like TCS, HCL Tech and some of the second tier players seem to be doing a better job.