Headline Index of Industrial Production fell by 1.9% in Feb 2014, the biggest percentage drop since May 2013. At the component level, the culprit was manufacturing which has shown dismal results recently and this time, fell by 3.7% which is the worst it has been since October 2011 (2 years and 4 months earlier ). 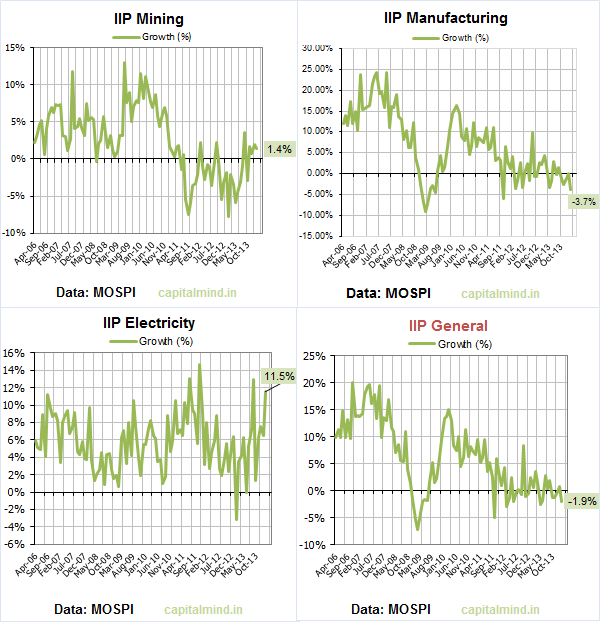 And if you want to look at the use based indexes, the data shows that: 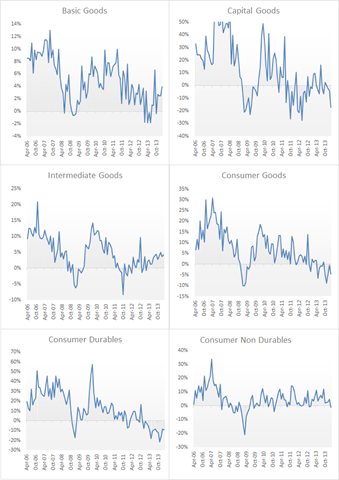 While markets continue to be on a high, the point remains that growth in manufacturing sucks. A key issue is consumer non-durables – like the FMCG sector, which usually sees great growth in inflationary times. Garments, too, is a surprising addition – apparel has been one of the strongest drivers of IIP in the last six months.

Is that period now over? The data on IIP tell us they’re producing less – will this mean their sales drop too? Let’s wait for results to tell us more.