Biocon has been rumoured to have serious developments in its oral insulin product, and in talks with a few large pharma companies to license the product. This supposedly involves a big upfront payment and some kind of investment by these companies into Biocon. 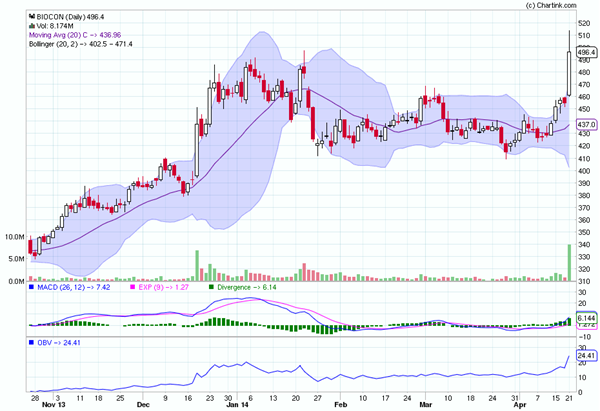 Biotech stocks are useful to own if you believe in their capability to develop drugs or do deals. Biocon makes “biosimilars” of insulin, and they own IP in the oral insulin space (as opposed to injected insulin which is the standard today) The result of investing in such companies is often one-shot, where the stock sputters along for a long time, but when they do a deal it gets a massive surge of income. (And the stock goes up big).

While I’ve invested in Biocon, it’s mostly been for the fact that I believe they will make such deals, not because of their biosimilar manufacturing (which is more bread-and-butter). The stock price increase, though, is just on speculation, so I’m not really confident this deal happens. In fact, the Biocon CEO, Kiran Majumdar-Shaw, just tweeted that this is “irresponsible”.

So what’s it going to be? Real news or profit-taking rumour?