The RBI is actively trying to reduce the debt redemptions in the next two years. Now it has moved about 4,400 cr. to a much longer term maturity (30 years later) 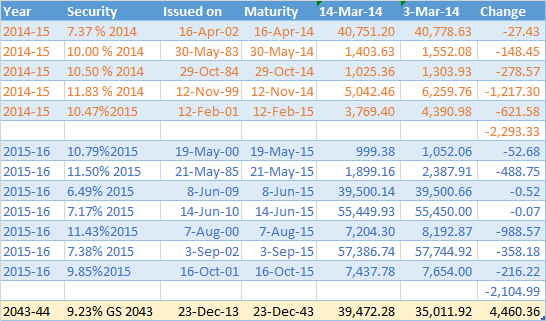 The RBI has already moved about Rs. 31,000 cr. worth bonds maturing in the next two years to the 2043 timeframe. Last year’s budget had allowed for a swap of Rs. 50,000 cr. So we can expect more such deals to happen.

Moving the debt to a longer term maturity is usually okay for longer term investors like insurance companies. Yields at those maturities are higher than 9% (even though the 10 year is at 8.76%).

This doesn’t change things much. After the backback next Tuesday and this swap today, the obligations of the next two years will be lower by 5%.