The government will sell Rs. 5,500 cr. worth holdings of Axis Bank that it holds in the SU-UTI structure. This was created when the US-64 fund was liquidated; the UTI “guaranteed” mutual fund scheme was under water, and was bailed out by the government which then took over the holdings into this special structure called SU-UTI. (Axis bank was actually UTI’s Banking unit then demerged)

The share has been on a tear, running up to 1450 from lows of Rs. 1100 in Feb. This has encouraged the stake sale enthusiasm, with the government looking to ensure it meets divestment targets and raise cash to make the fiscal deficit look more manageable. It is currently at Rs. 1395, up 2.8 from yesterday’s close. 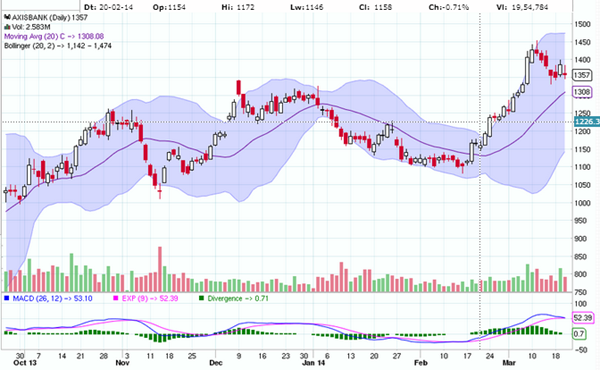 The shares, says Reuters, will be sold in block trades at a discount:

The indicative price band for the Axis Bank share sale has been set at roughly 1,290 rupees to 1,357 rupees a share, said the sources, a discount of as much as 5 percent from its closing price on Thursday of 1,357.35 rupees.

Something’s not right, though. I wonder why the government’s trying so hard to raise money when we seem to have things under control already.