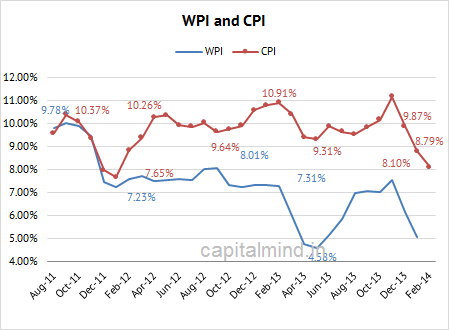 This is the lowest number since December 2011.

Both Urban and Rural inflation saw dips, and both are under 9%: 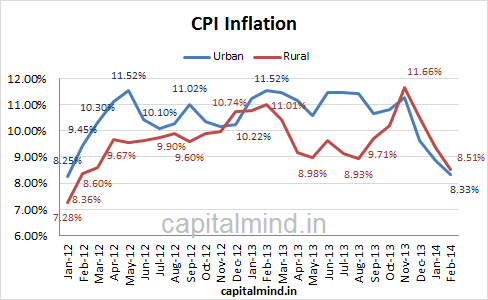 And then, there’s the components: 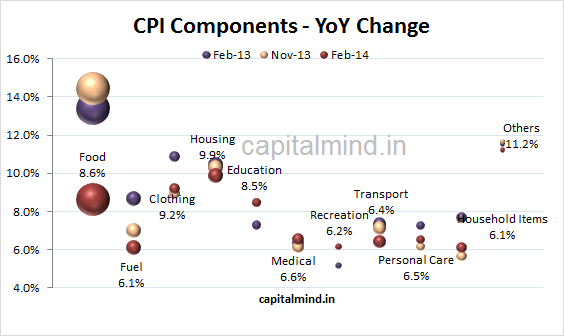 Impact: This is good news, but this number needs to stay at this level. Much of the fall is due to the fall in food prices after a great harvest. It doesn’t look like March is getting more expensive on the food front, so for a few months we may have seen the end of high CPI Inflation.

There’s an RBI meeting on April 1.

There could be pressure on the RBI to reduce rates, given low IIPs numbers and inflation under some element of control. However, the RBI will be wary of cutting rates too early, and is unlikely to take drastic action. But we can be quite sure there will not be an increase in rates – so the worst case scenario is no-change and the best case is a cut of 0.25%.