Trade data for April to January in FY 2014 shows a contraction in the trade deficit which while low, is not that much lower than earlier. 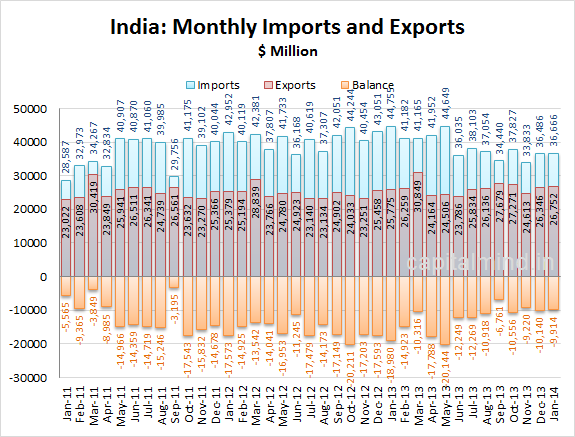 In INR terms Exports are up 19% while imports are down 6%. There was a scary downtrend in export growth from September till December, which seems to have paused down. 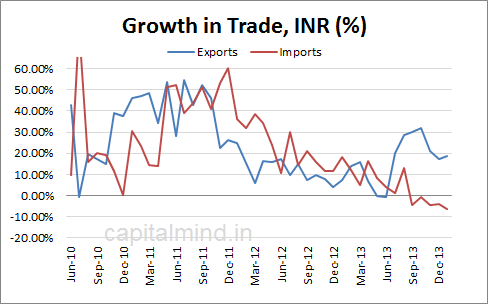 Impact: This meets expectations, but it really isn’t spectacular. The Gold import restrictions have constricted imports of Gold which accounts for nearly all of the deficit tightening now. But in a few months, the smugglers will have fake software companies to remit cash as they send in gold through the sea, and then the deficit should begin to widen again (it’s beginning to happen anyhow).T

he next year will be key in determining which direction we go. (Yes, you could pretty much use that statement for anything nowadays) Nothing more to see here, move on, move on.