The Nifty bounced off it’s 200 day moving average to end marginally above the 6,000 mark, a level it hasn’t closed below since 22 Nov 2013, which was more than 2 months ago. The recent new high was on 9 December 2013, after which the market has fallen over 5%. 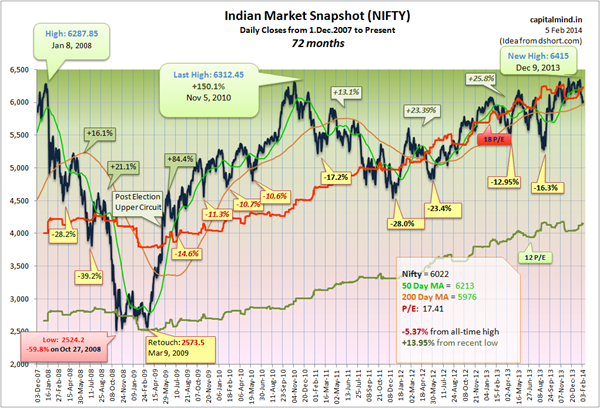 The P/E ratio remains at 17, though it took a little dip in October to December due to the rebalancing of weights. At Rs. 345 per share, the earnings per share of the Nifty has grown just 6% from the same day the last year. There are hardly any results left to come, and this remains a disappointment.