The Trade Deficit continues to increase at a slower pace, now up just 5.9% to just under $100 billion in the April-November time. November itself saw a trade deficit of $9.2 billion, the second lowest number this year. 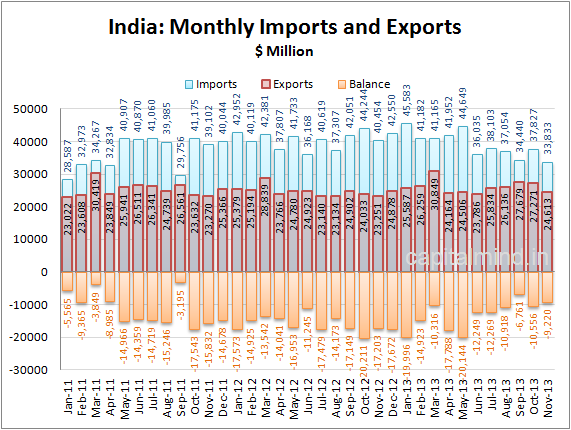 The year-to-date numbers look better than the last two years (in dollars). In rupees, the trade balance is nearly at 600,000 cr., and in dollars, $100 bn. Much of this is bridged by incoming remittances ($70 bn a year), services ($72 bn a year) and through forex borrowing and RBI selling of dollars. The situation isn’t improving as fast as I hoped, but it’s just been three months since the currency drop beyond the Rs. 60 levels on the dollar, and I expect about six months to a much better trade deficit.