So now the writing is on the wall. Wholesale Price Index (WPI) based inflation has just gone to 7%, the highest since February. 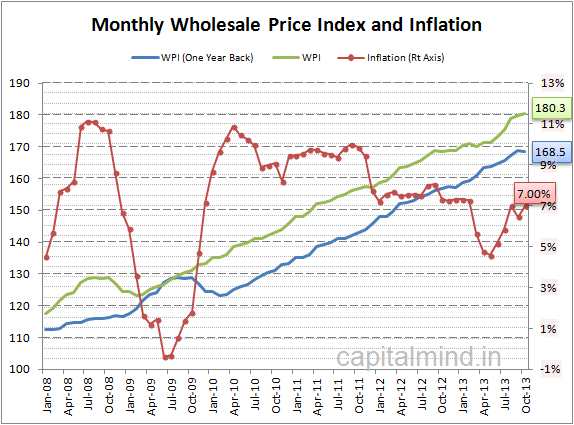 If you notice the near term upslope of the green line towards the end, it seems to be considerably higher than the blue line, which means inflation is accelerating.

The bigger danger is that this number too could be revised upwards. The number for August 2013, first announced at 6.1% is now revised to 6.99%. 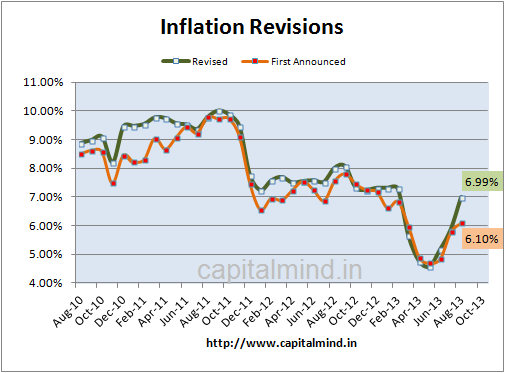 And then, lets look at the components: 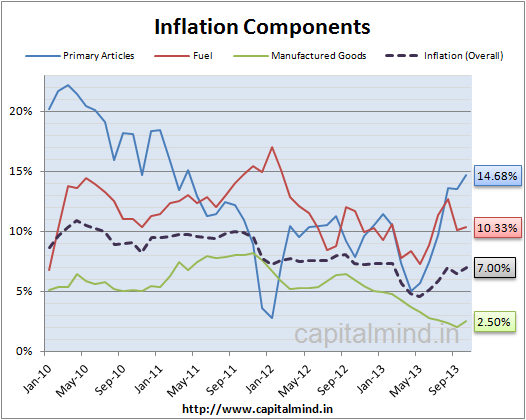 You simply can’t ignore this. Food inflation is nearly at 15%! Fuel remains high at 10%, and now manufactured goods (which is 65% weight in the index) starts to inch up as well.

I’ve said before that I don’t trust the manufactured goods data because way too many items remain unchanged for way too long! Raw wool’s prices haven’t changed for 48 months, which is not just surprising, it is ludicrous.

Impact: Raghuram Rajan made it clear yesterday that inflation alone will not cause him to raise rates.Because he expects that the good monsoon will reduce food prices. Regardless of the fact that prices are highest in vegetables where the good monsoon should already have mattered.