India’s Trade Balance for October 2013 comes in at $10 billion, above the two-year low number of $6.7 billion in September, which I had said was likely to be an anomaly (because of the September effect) 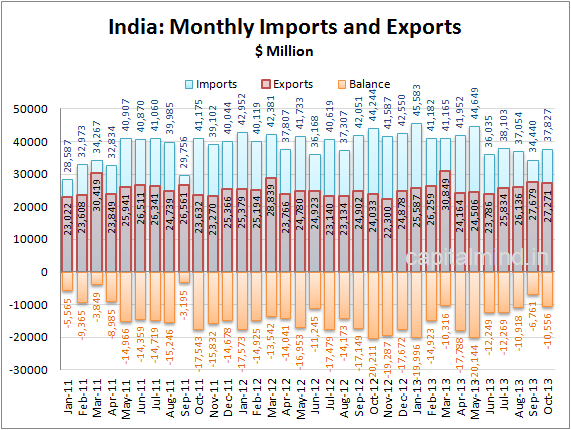 What is intriguing is that imports have gone up month-on-month (although they are down from the last year). This could be the whole gold import smuggling thing – if you can’t import gold directly (due to high duties and lack of credit) you will import illegally, and then use some other import channel with an inflated invoice to import. Is this beginning to show? 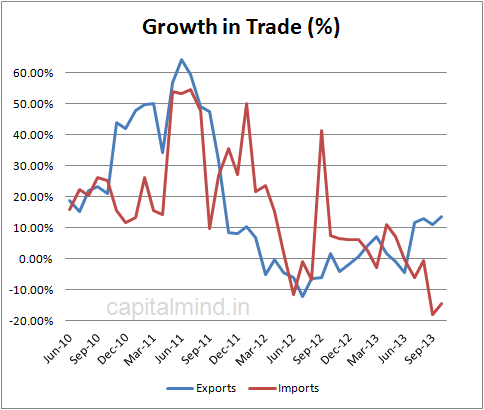 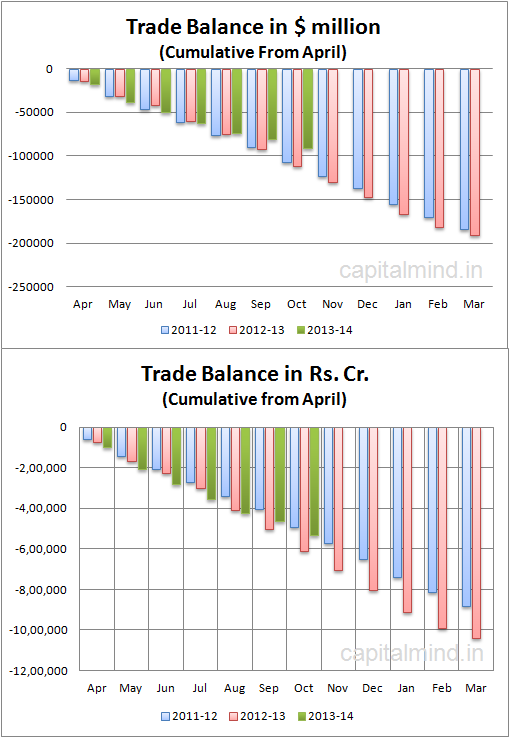 Another factor has resulted in higher imports – a higher price of oil, which spiked in October. Oil imports grew at the highest annual growth number in a long time: Impact: The dollar’s strengthened against the rupee already, reaching Rs. 63.4 (from Rs. 62.6 on Friday).

The trade deficit should reduce from the near $200 billion last year, which was offset by IT exports, foreign investment flows and NRI remittances. This year, the trade deficit will be lesser and there will be even more “offset” through the FCNR swap and RBI selling, and IT exports are likely to bring in more dollars (looking at preliminary results at least). However it remains to be seen how FII inflows are for the rest of the year, and how the rupee behaves.