We note from the RBI Monthly Bulletin, that it has continued its selling spree on the dollar, selling a more than $6.9bn (gross) through the month of September. Remember this is the month Rajan introduced the FCNR swap, where dollars were bought from banks who brought in FNCR deposits with a fixed term fixed rate dollar-rupee swap. 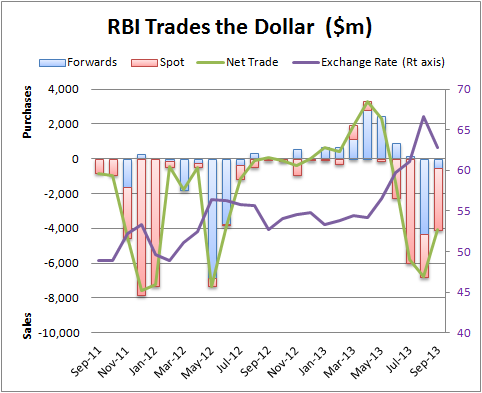 RBI bought $3.37 billion (most likely through the FCNR swap) and sold $6.92 billion in October.

RBI needs to come clean with data. We need to see figures of:

What we know is that in September, when the dollar fell sharply from the 68 levels to close at 62, the RBI was selling dollars big time. How sustainable is that?