It’s been a while since I posted the International Index Comparison, so here goes. International indexes in November favour the developed nations, with the Japanese Nikkei leading the way by a distance: 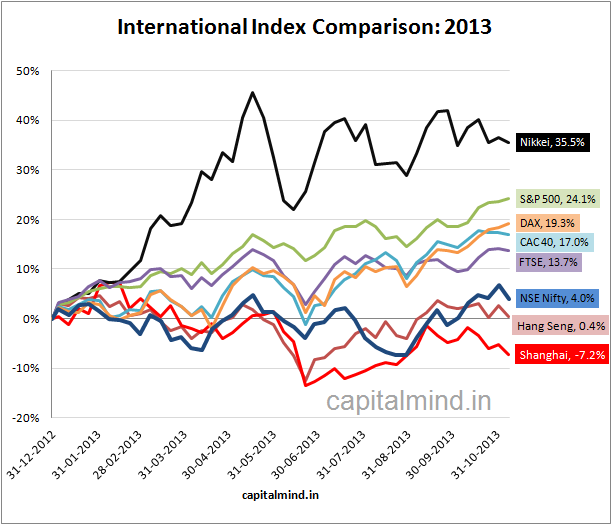 And in the BRIC countries India has done the best: 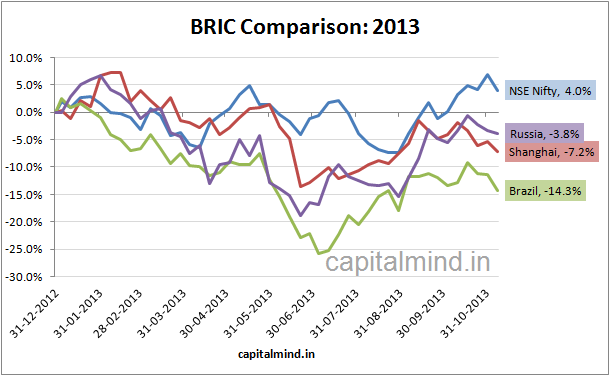 India’s had a crazy year, but you’d have been much worse off in the Shanghai or Brazil markets. Brazil is similar in the sense of having high interest rates and facing high inflation. But China and Russia are dealing with entirely different problems.