Apollo was set to acquire Cooper tires in the US for $2.5 billion, and after Cooper’s China subsidiary broke contact with the parent and unions in the US fought to get better deals, the acquisition was in trouble. Cooper sued Apollo for dragging its feet in negotiations, and Apollo countered stating they hadn’t been given full information. and a judge has put that case to rest stating Apollo cannot be forced to close just yet.

By Thursday, Cooper needs to give Apollo accurate financial information. If that is not forthcoming, Cooper will be at fault. But if it does, then a judge might force Apollo to close early.

Hanging on the final verdict is that $112 million Apollo has to pay if it doesn’t close, and the $50 million Cooper will have to pay if it’s found to be at fault. 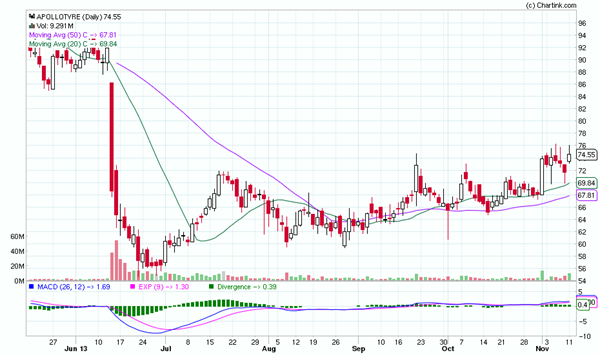 Wonder if this fall means Cooper has given information? Or is it just an anomaly? It’s a little strange for the stock to fall after such results.