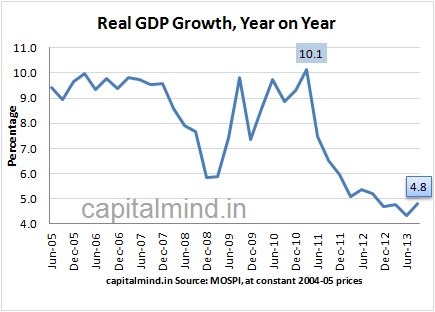 But that hides the real deal: That inflation is now carrying the economy on. Look at the nominal growth rate suddenly jump from last quarter’s 8% to 13%! 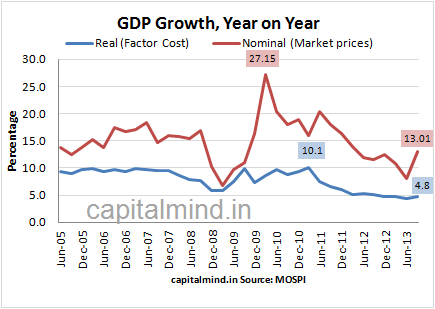 The gap between the two rates is inflation – it takes away from your growth, effectively. With 13% nominal growth and 4.8% real growth, the “inflation deflator” is 8.2%.

What might be happening here is that inflation impacts have probably helped GDP growth a little (it’s difficult to figure out what part of growth is inflation) – so it’s entirely likely that part of this 4.8% is inflation that “looks” like growth.

Looking at sector growth tells you another story: 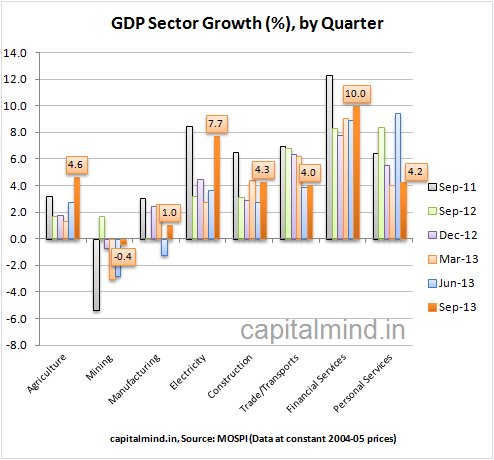 This is real growth – after inflation’s backed out. Points to note:

Finally, here’s a look at Components: 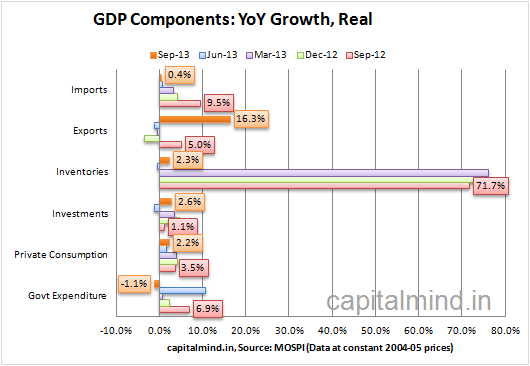 What you can see is:

Markets will react on Monday as the news was at 5:30 pm, after market hours.

Note: We will have more for Capital Mind Premium users, coming on email on the weekend. Subscribe now!