We’re close to an all-time high on the Nifty, and today was the highest monthly closing value for the Index. In an astounding move, the month of October has seen the Nifty up nearly 10% to a mind-blowing 6300. This is the second biggest October move (best was in 2007) and comes on the back of a deferred US Fed taper of the obscene money printing process. 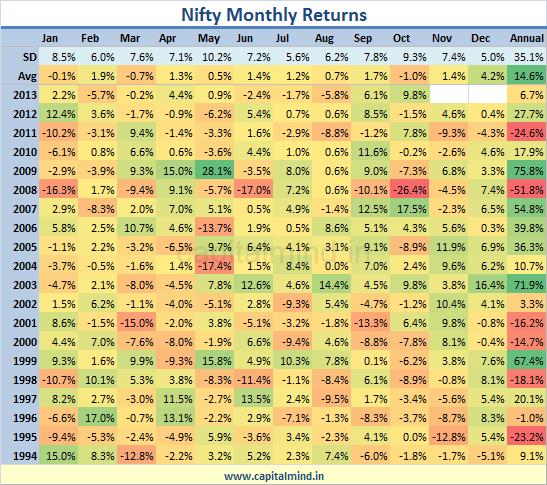 And the Sensex too: 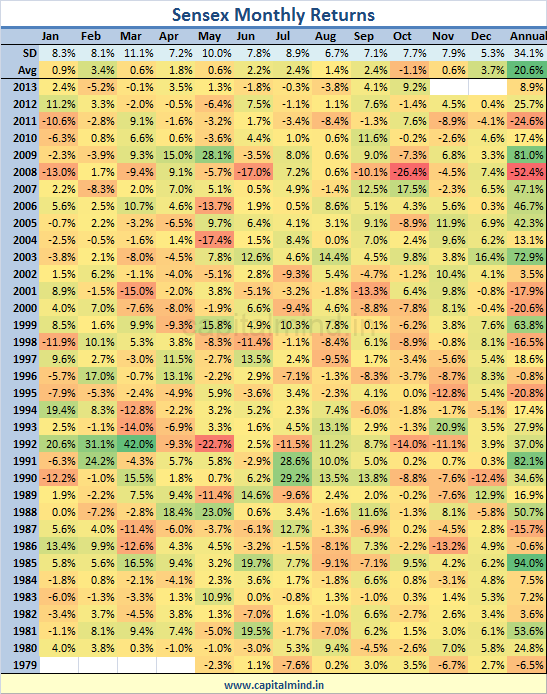 And then, we have turned positive again for the year, with +6.7% this year. 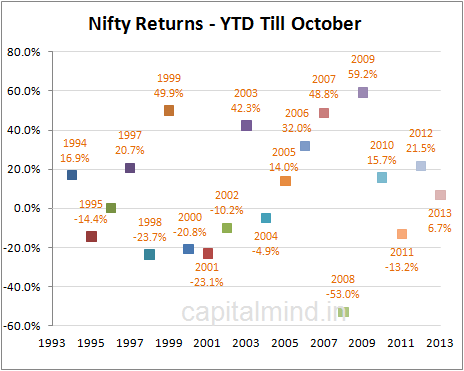 What will come is an interesting November. Starting with Diwali (on Sunday) and heading into the four elections in early December, the sentiment will be telling. If the west is indeed recovering, they should have a good Christmas season, which means exporters will do well. To deal with elections, the government might actually take some decisions, which means approving more projects (good for markets) or increasing subsidies (bad for markets).

I’ll come up with a Result analysis soon as well, for all the results announced in October.