An update on the technical strategy: the ITC trade mentioned in the last post hit a stop loss (mentioned this on twitter) at 348 after which, the stock went on its way and boom: Remember the idea is:

My exit was early and not really systematic, but the stop loss was experimented as a function of a recent low after the trade. (It had fallen as low as 334, and a 14 point rebound to 348 was enough to get me out of the trade).

RCOM too, has exited at 145 after triggering a short at 149. However, I didn’t take this trade as the size of the loss was too large for a strategy I am only testing with (can’t have disproportionate wins and losses) 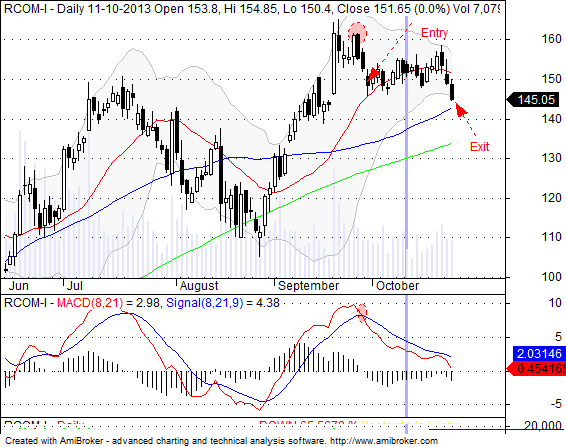 Finally, the Sesa Goa Trade too has had stop losses, like ITC. I didn’t trade that set up too, don’t really know why. The trade lost 6% as the stock bounced from the 180 levels ( 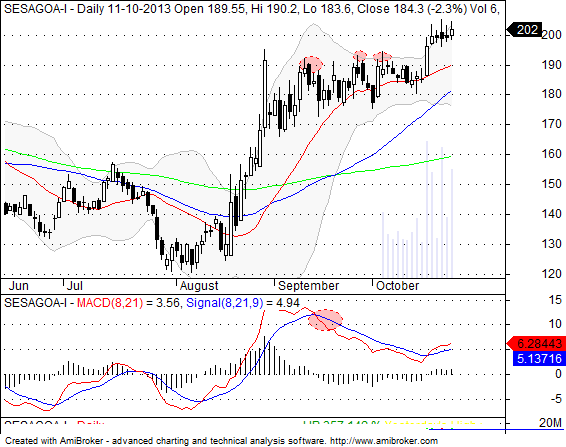 In the meantime during my Gurgaon trip, one excellent move came in without my having to do much: Hindalco . Hindalco fell 7% in a very quick short trade: 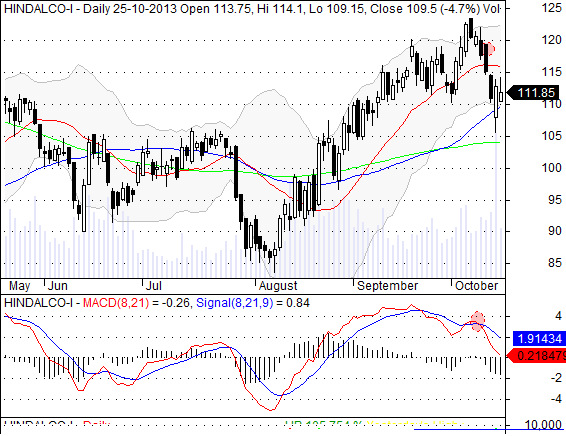 Btw, I realized I left the BHEL entry open, but it was closed at 147 a while back. Apologies for not mentioning it.

I have no positions on this strategy at the moment. I have also been testing this on the hourly timeframes with success, but all of them have exited. Looking at Cipla (long) and L&T (short) if the signals come.

So the overall system has done, in three months: