Reliance Industries announced results yesterday, and things don’t look all that great on the growth front, but markets seem to like it. 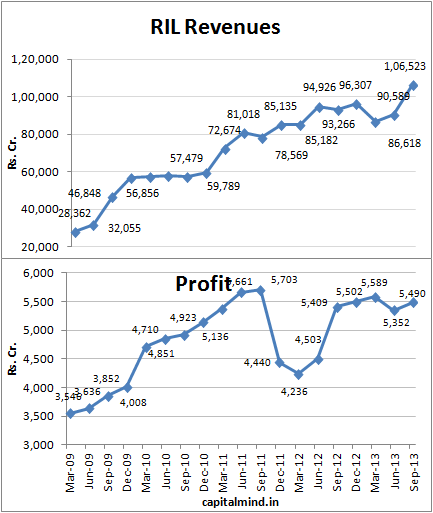 This is the biggest quarter in terms of revenues, with over 106K cr. in revenues from primarily the refining business.

Exports went up 35% in the quarter to 77K cr., and the stronger dollar has helped.

However, profits are up just 1.5%, I have no idea why. Their costs couldn’t have gone up so much. 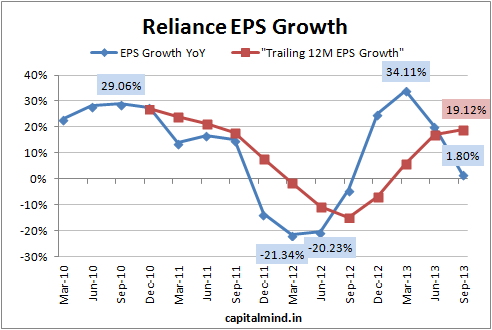 The only reason it’s slightly better than profit growth is that Reliance has bought back some of its shares. But trailing 12 Month EPS is now Rs. 68, which is nearly 20% higher than the TTM EPS last year, so that’s a redeeming factor. 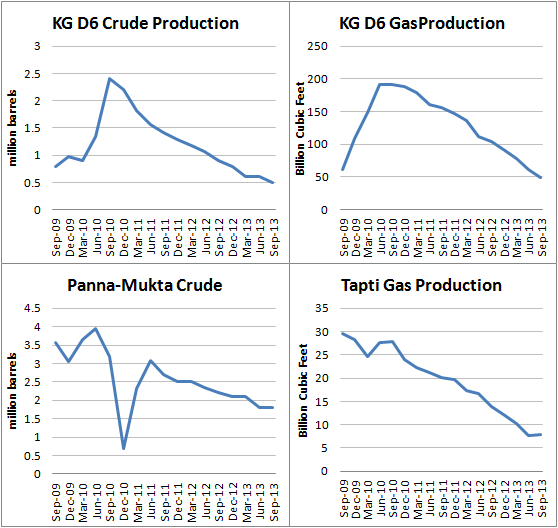 They’re giving us info that there is more gas somewhere, and there better be, because where they said there was gas, there is very little of it coming out.

Refining Margins down to $7.7 a barrel

Refining is their biggest business, but the margins per barrel have come down substantially. 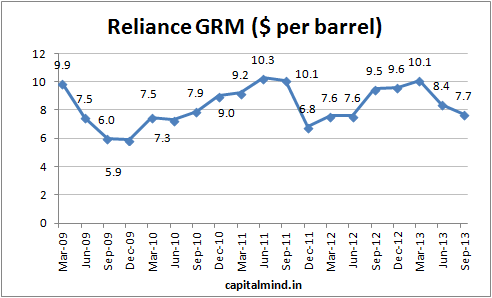 While revenues and margins continue to be strong, production itself has dropped 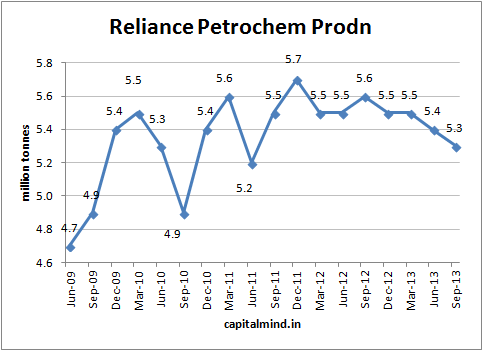 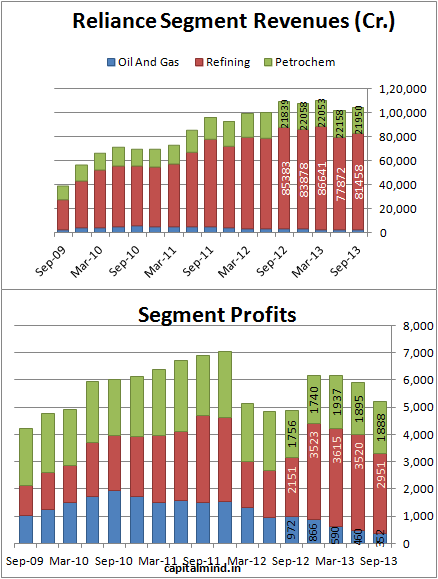 Gross margins have declined in all areas (quarter on quarter) but they are marginally up year on year. This is the worst of the last four in terms of margins.

Retail goes to 7,000 cr. in 6 months, Broadband is Somewhere

Revenues on the retail end have hit Rs. 6930 cr. in the first six months of the year. But there is no mention of a  profit, which probably means its not profitable.

Reliance has stopped book and music sales. This is weird, because these are large margin businesses. It must be that people have stopped buying books and music, and choose to pirate them instead.

The Reliance Broadband team has generated employment, by having 4,000 employees. Beyond that there isn’t that much of an achievement, though they have increased the nation’s GDP of paper and ink used by signing lots of agreements. We all fervently hope they will actually move away from the timeframe of “eventually” to a more definite one.