The Trade Balance came in at just $6.8 billion for the month of September 2013. This is the lowest in two years. 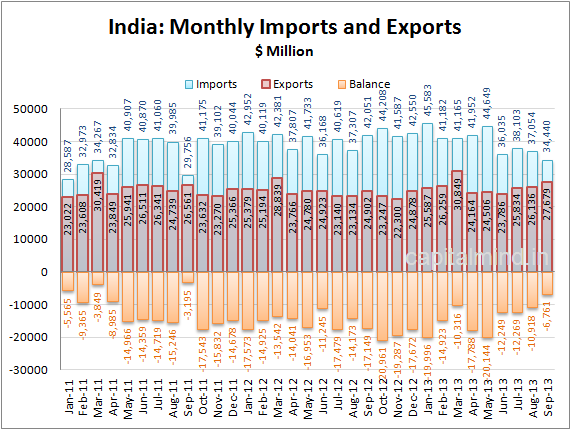 You can see the import growth falling off a cliff while exports rise: 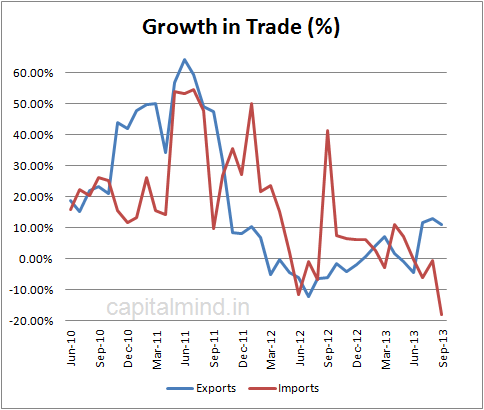 And the trade balance, both in rupees and dollars, till September. While in dollar terms things look good, it’s not yet showing that much of an impact in rupees (the rupee has fallen though, like I said above): This is quite good for the economy as the current account deficit will narrow. Service export data will come in later in the year, and that should be strong as well.

Markets have rejoiced, with the Nifty closing above 6,000 in the gazillionth time. Will it, this time, just keep going up?