September 2013 was when Raghuram Rajan became the RBI governor and that gave markets a high. However, on the last day of the month, markets retreated 1.7%, taking the 10% gains down to 6.1%, and the 6,000 mark away from the month’s achievements. 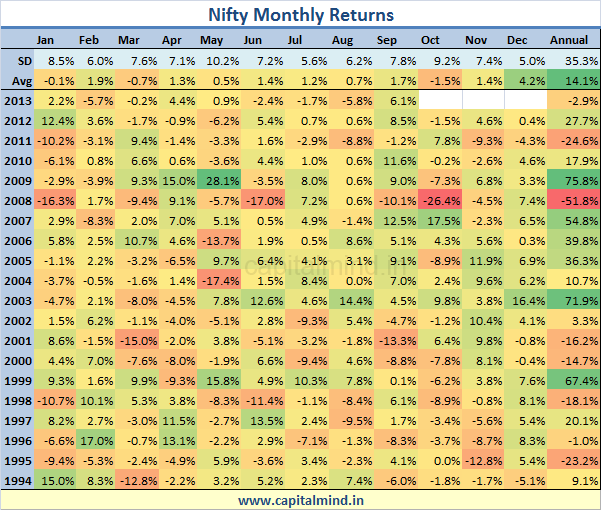 And for completeness, the Sensex: 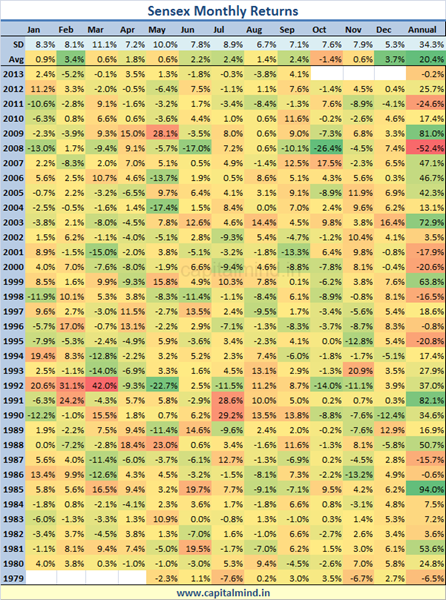