Since Raghuram Rajan has come on board, in just two trading days, the Nifty is up 4%+. This of course has been the broad market, but what really has moved? The Sectoral Rajan Impact is here: 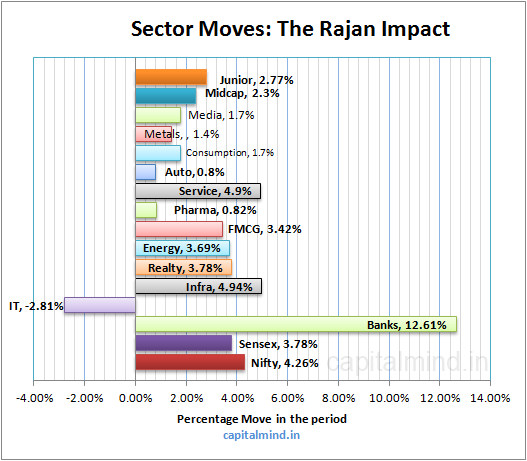 The laggards were IT, Auto and Pharma.

Banks are up 12% (though this is heavily weighted towards HDFC and ICICI as they have the biggest free float market cap of the lot). Infra and Services are the only others that have performed as well as the Nifty, which tells you this probably not as broad based as one might think.

And if you look at 2013 as a whole, this looks like it could be a bit of a return from an extreme position, though it still remains a big negative for banks and realty (even after this move up). And IT is a huge outperformer. 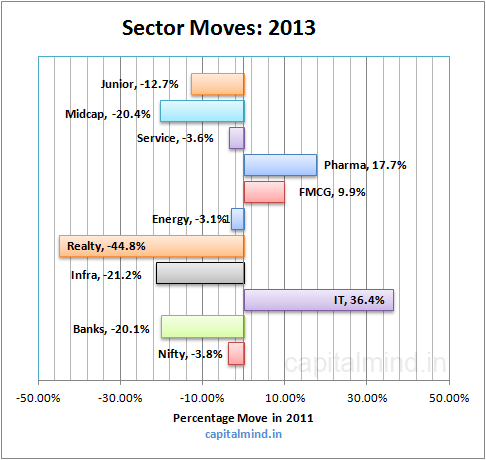 Will this sustain? I think it could for a little while, until we have some kind of definitive idea on Syria, the US taper, and whether Rajan will tinker with rates. We’ll know by September 20.

You must read Manas on “Rajnikanth Rajan”. Howlarious.