I have been testing an interesting Bollinger band reject system combined with an MACD crossover. This seems to be useful in trending times like now.

I mentioned ACC on Sep 06, and yesterday I found an exit point. 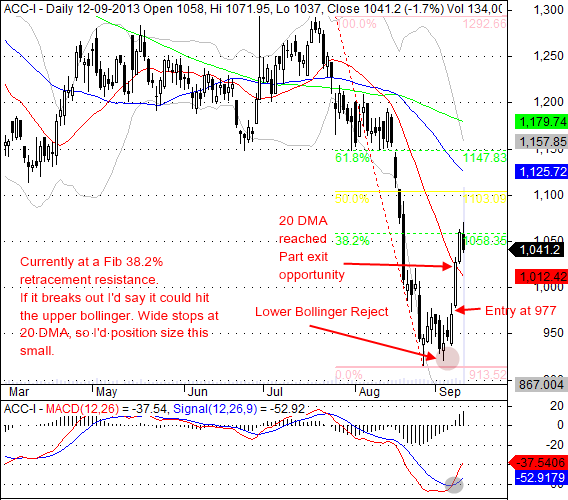 Now I have exited ACC fully yesterday, assuming we’d go below for a bit and then recover. So if it does I am likely to get back in.

We now have a few valid trades in the MACD System:

Other than these I have tweeted about an L&T Setup (up 15% since), written on the Reliance Capital follow through, and here’s this IDFC setup that I noticed and didn’t trade fully (exited just short of the upper gap). 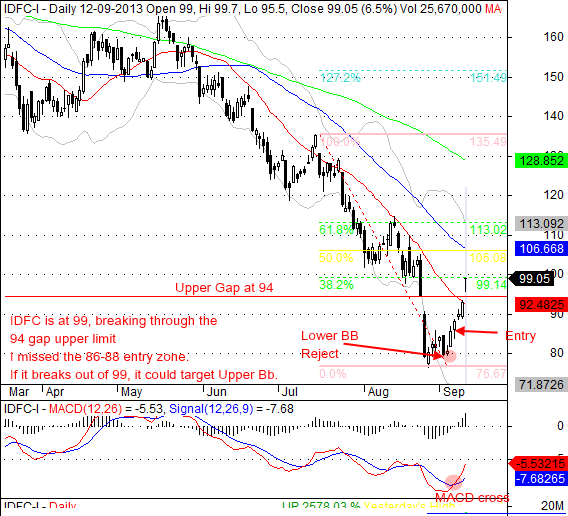 This is starting to shape up, and back tests seem convincing in that there is a 54% success rate and wins are huge compared to losses. However, the forward test shows zero losses and that is a big concern. (I don’t like non-loss-showing systems. Something’s not right).