In a post on August 23, I wrote about a setup I saw in BHEL which seemed to follow a nice W pattern involving a lower bollinger reject and a potential move up. 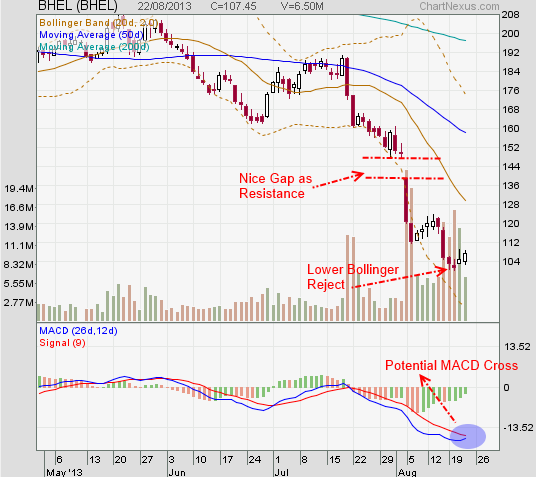 And now, I’m going to show you where that went. 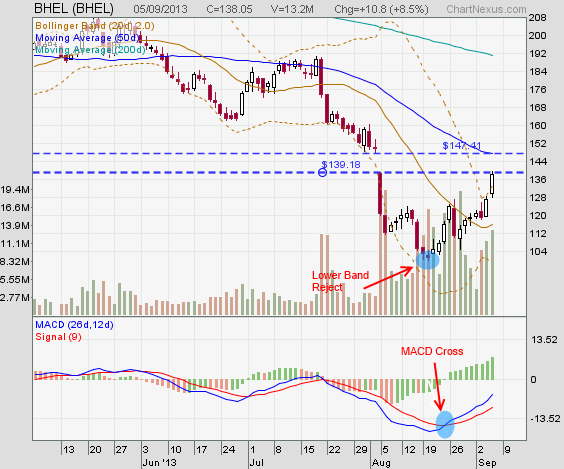 The gap now forms an area of resistance. Tomorrow (Sep 6) is when the stock’s dividend of Rs. 3.5 or so will be reduced from the price, so we will see a fall (of 3% just to make up for the dividend).

I like these things were there are TWO different elements coinciding – the entry involved a bollinger band reject (a momentum change indicator) and a MACD cross (a trend indicator). An exit with a gap boundary and a DMA. These often give you very strong signals.

This setup has worked four times now, and I’ve only been noticing a few of them. Coming up on this angle is ACC, which needs to go to 970+ before it signals an entry. 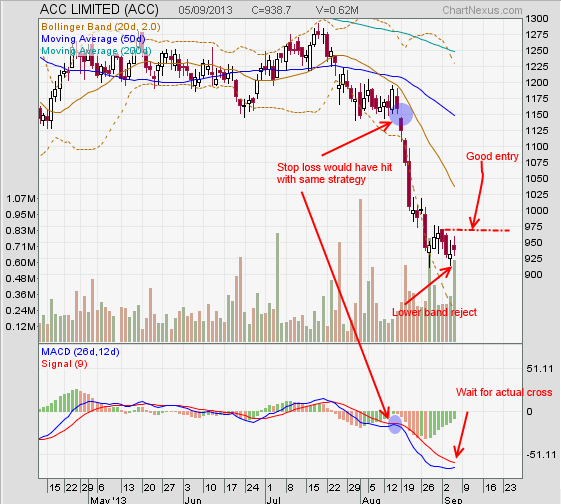 Technically this is where I should have booked out the trade, but I actually took it out way way earlier than I should have. I made a 5% profit, but I left nearly 25% more on the table! It was largely because I didn’t trust this system myself.

Disclosure: Long a small quantity just to see if the Gap will be filled.

More disclosure: I will keep trading very small just so that I keep myself updated, as I focus on the startup I build (which involves building stuff that helps people trade). So the 30% trade may still not make me a huge amount of money, really. I probably wouldn’t write about it if it did.