The Month of August 2013 has not been kind to the Nifty, dropping 5.3% (and that’s not considering that on Wednesday, just two days earlier, the Nifty was actually 9.6% lower than the July close). 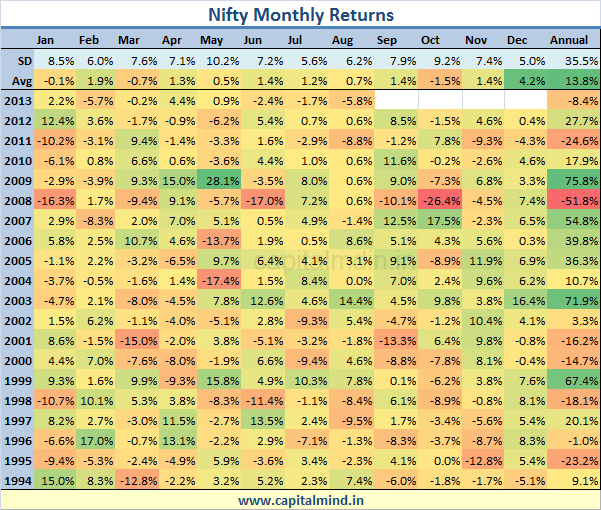 The return till August for the Nifty is: 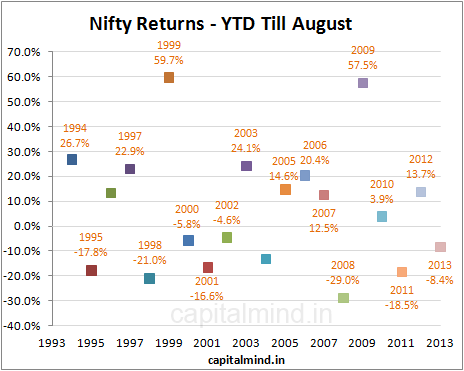 We’ve had some volatile times recently and the good year has now switched to a bad year.

For completeness, the Sensex fell 3.8% (lower because the stocks are different in the Sensex)