Oh, Volatility is here. I had written in April that we were seeing unusually low volatility for what should be a much more squiggly index, with zero 2% days in 2013 (then). And it turned out even weekly volatility was very low, with just one week of a 4% move.

Things started to move back to normal in the second half of the year, with 12 big daily moves by August.

Oh, how things have changed in September. Look at the 4% weekly move chart now: 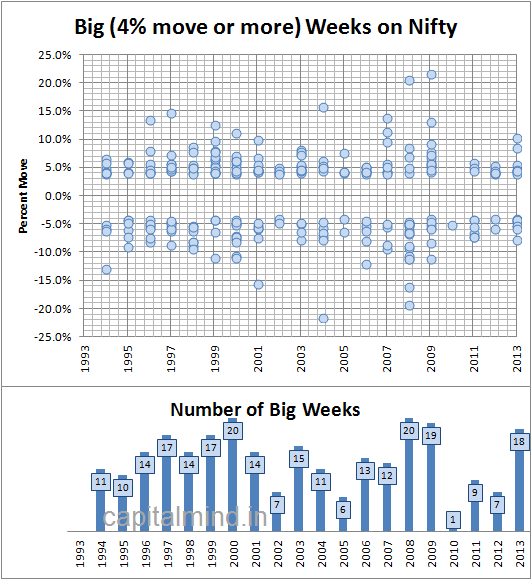 Things have really expanded and most of the above moves are after July. 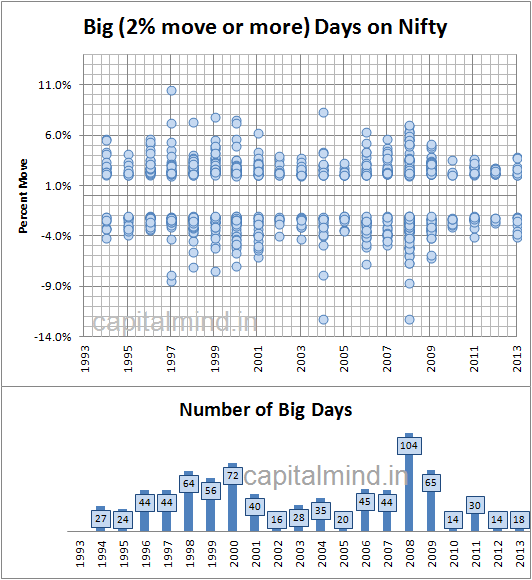 The rest of the year is likely to bring even more volatility, and I expect numbers to end up close to the 2009 number in terms of days, and probably the highest weekly move count ever.

Impact: The trade is perhaps to buy puts and calls that are deep out of the money, if the implied volatilities show low numbers (sub 30%), especially when there is enough time to expiry (2 months or more). But remember that we could quite easily move to less volatile times, so there is a risk of a return to the abnormal.