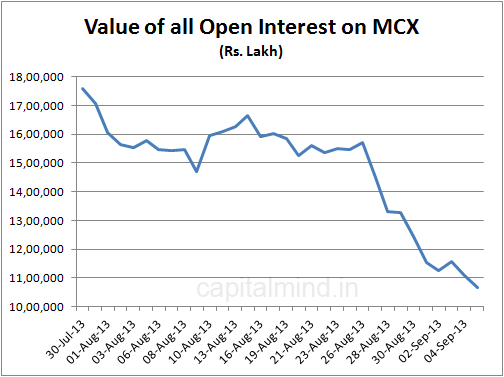 The open interest is what is carried over to the next trading day. Volumes can be invented but inventing OI is difficult as the exchange has to have that cash

The NSEL Crisis may have caused MCX to have lost share price value (about 60% down, it was). However contracts continued to trade, and the value of the open interest remained high).

Can this mean members are taking their business away? It might have also got to do with the increase in commodity margins – sometimes a doubling or a tripling, However, that should affect other exchanges, like NCDEX too. Here’s the NCDEX OI Value: 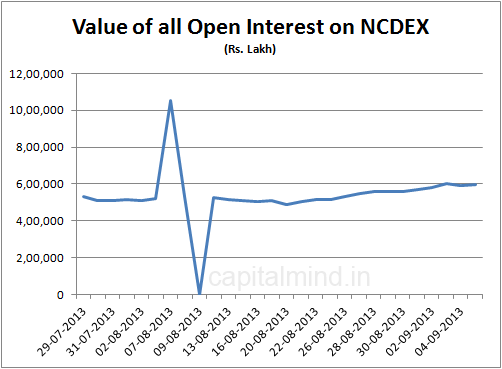 MCX has lost a lot of interest in Crude Oil and Lead. Most others seem to be okay. But a buyer of MCX – if different from the FT group – will need to have these issues addressed!