I was complaining about there being no big days on the Nifty in 2013 in April 2013, but boom, has that changed! This had moved to six in June 2013, and in the last two months we’ve seen six more such days.

Look at the graph now: 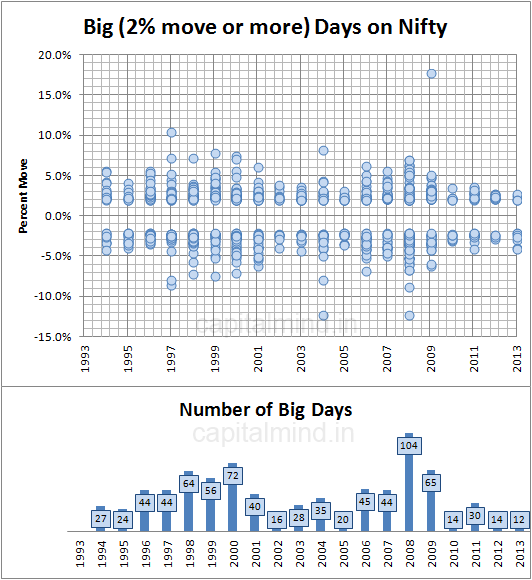