Yet another auction devolves – the third in succession. (One, Two) This one saw Rs. 947 cr. that had to be absorbed by primary dealers. (Source)

Every week, RBI helps the government sell bonds of various maturities, and primary dealers (largely banks) intermediate the sale. They will also have to underwrite the sale, in that if enough bids do not come at the cut-off price (i.e. the auction “devolves”"), the primary dealers have to pay up and take the stock.

This year goes all the way to 5,815 of devolvement, which is a large number, but it is a little lower than imagined – since auction sizes are bigger now, the relative devolvement is a little bit lower. However we are still in August, there are eight months more in the financial year! 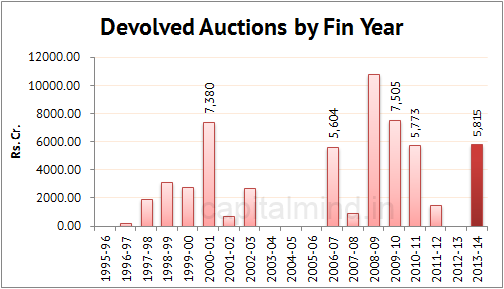 Looking at it from the percentage of all auctions that have devolved (to make things more comparable: 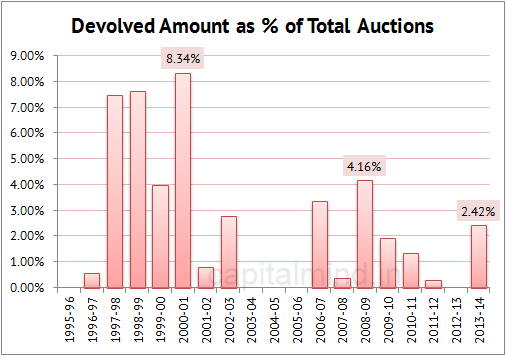 This is going to be one interesting year.