NSEL has defaulted a second time, this time paying out just Rs. 12.60 cr. after last week’s payment of about half of what it should have paid (Rs. 174 cr.)

What has happened though is that Financial Technologies has given a bridge loan to NSEL, who will use the money to pay out “small investors” a total of Rs. 177.3 cr.

This is of course unfair to those investing more, but at least the smaller sums are coming through.

Meanwhile Grant Thornton have been appointed as forensic auditors. But they seem to have relationships with Financial Technologies (NSEL’s promoter) in that they are actually mentioned as an FT customer. 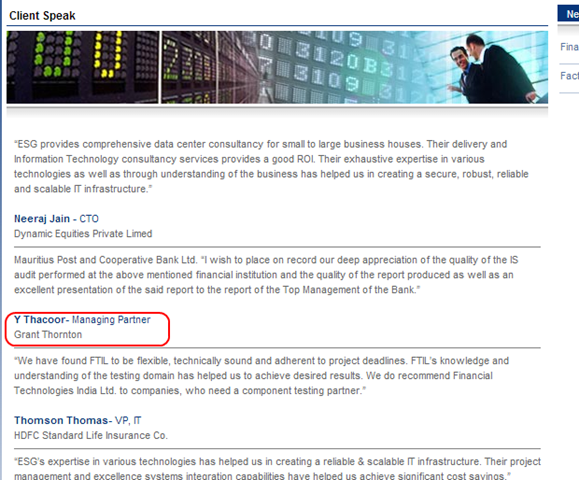 Of course, Grant Thornton is an international firm, with the only thing against them being that they just settled a case where they were accused of helping conceal a $1 billion fraud at Winstar Communications in the US in 1999. Grant Thornton had found “red flags” but still gave an unqualified audit opinion that Winstar followed all GAAP rules, even though the deceptive scheme was known to them. (They settled but didn’t admit guilt)

NSEL has defaulted twice. The government has set up two committees. No legal cases. No one’s gone to jail. FT continues to run exchanges even though their owned exchange has defaulted. It’s not a crisis yet as much as it is a betrayal of trust.