This is a 16.27% growth over the same time last year, which is about the highest we’ve seen in a while. 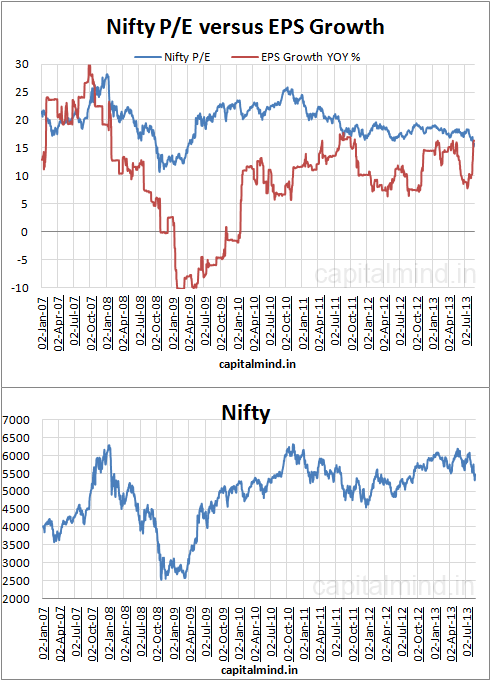 The last time the P/E ratio was lower than the EPS Growth number was in mid 2011, when the Nifty had fallen substantially. The dollar was starting to fall then, from Rs. 44 to 52 in about six months. Now, the dollar’s at 65.

The EPS growth has not come because of strong results. It’s due to the rebalancing of weights in the Nifty making certain stocks stronger which have better earnings. That requires a complete post on its own.

Will this cycle result in the Nifty EPS growth growing higher than 16%, or will it drop off? As you will notice, Nifty Earnings growth was less than 5% in July/August last year, spiking to 12%+ in October. This means the EPS in October 2012 had spiked up. So if we don’t have a great October, and do not have too much positive rebalancing to help us, we are likely to see Nifty EPS growth come off again.