The Index of Industrial Production (IIP) for June 2013 comes in at –2.20%. While this is largely unreliable data, it’s all we have so we’ll have to go with it.

The data shows that the index is now starting to go off trend. 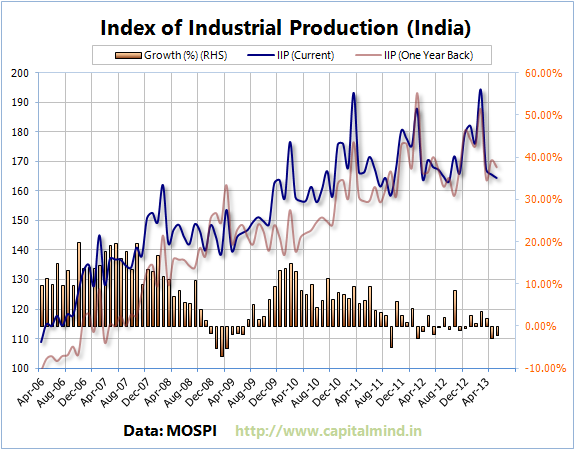 Looking at it from the major components, we have problems in all of them, with Electricity quickly reversing the gains it saw last month: 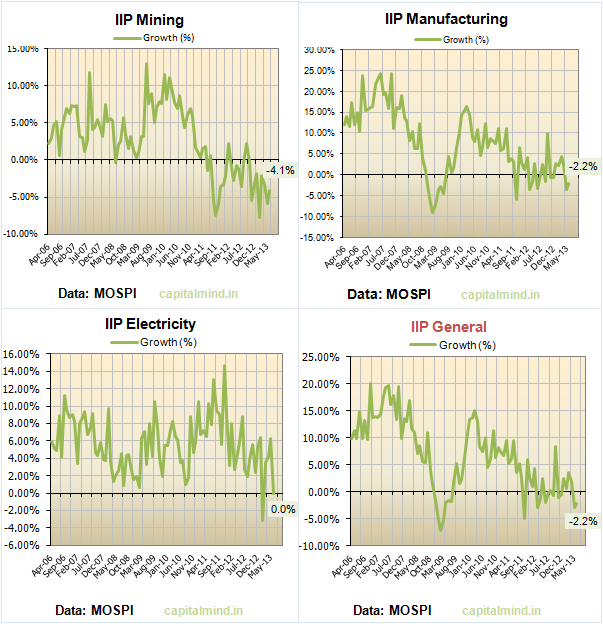 More importantly, data for May 2013 has been revised downwards from the first announced -1.59% to –2.82%, a fairly large revision downwards.

And, if you will, the IIP use-based indexes: 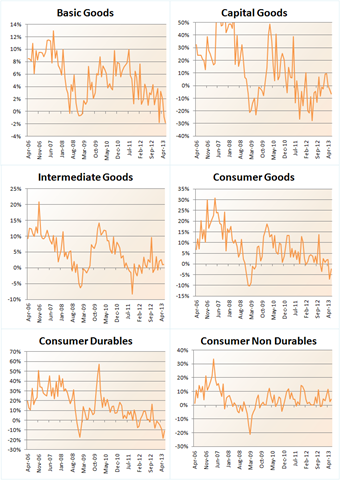 Btw, there seems to be a major crisis in consumer durables. May’s data has been revised from –10% to –18% and June has come in at –10%. How are the ecommerce sites doing?