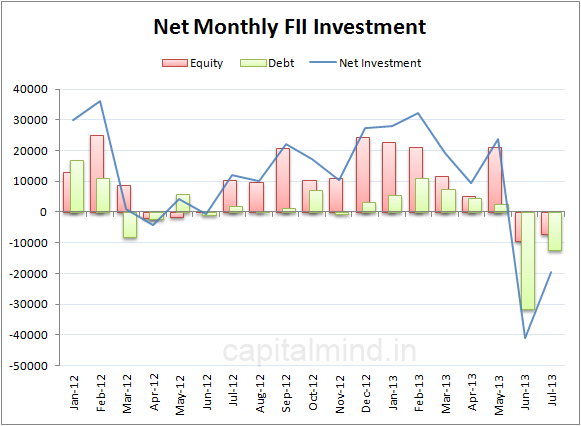 With over 40,000 cr. leaving our markets – both debt and equity combined – in June, weakness in the rupee became apparent. Even though the RBI and the government freed FII investment limits in debt, the extra investment that came hasn’t been quite that much. Look at the data since 2007, alongside the rupee average rate for the month: 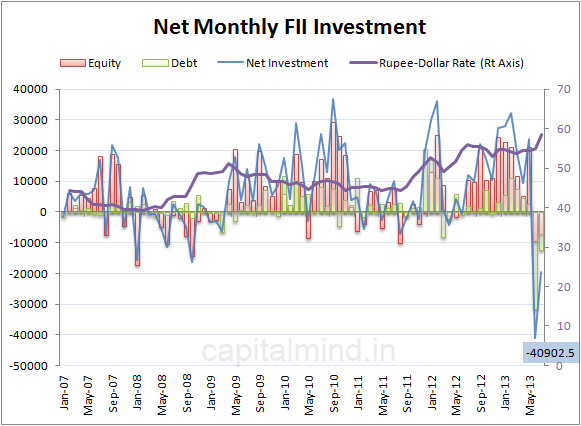 Debt investments shot up around Jan 2012, but have since tapered down, and then gone deeply negative. Equity investments have been heavy in late 2012 and 2013, but even that has reversed in June/July.

August is also deeply negative with more than Rs. 2,300 cr. net sales including debt and equity, and it’s just until the 7th we have data for.