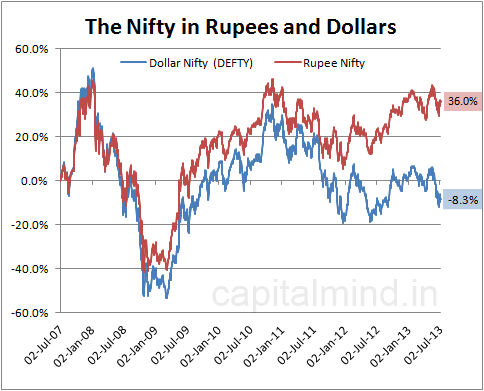 The DEFTY is an index tracked by the NSE closely with the Nifty – it is the return of the Nifty but in dollars instead. 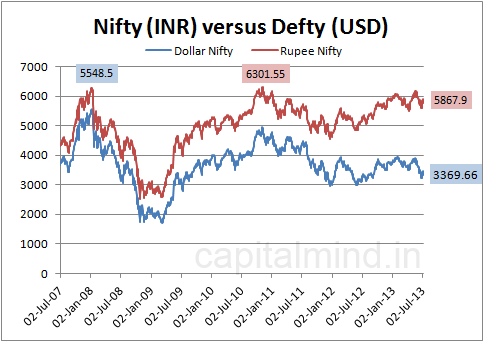 These would have been a forgettable 6 years for the FIIs. India’s GDP has doubled, India’s growth remains among the top even though there’s inflation, but the return from stocks has been, in absolute terms, negative.