Pictures tell you a story. Let’s look at the Reliance Results for their story.

Revenues Fall Year on Year, Profits up 20% on a Lower Base 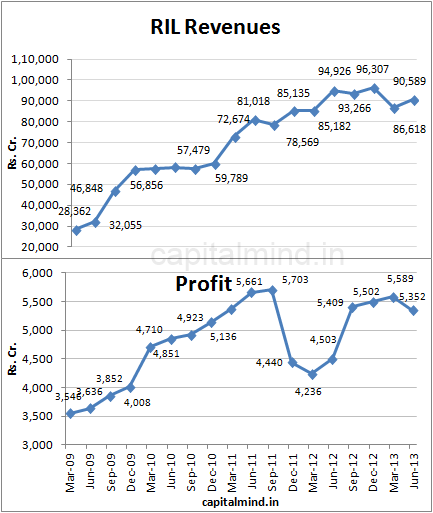 None of the Segments Did Really Well 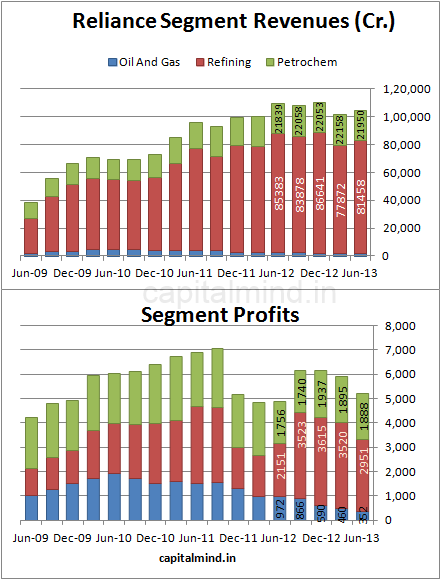 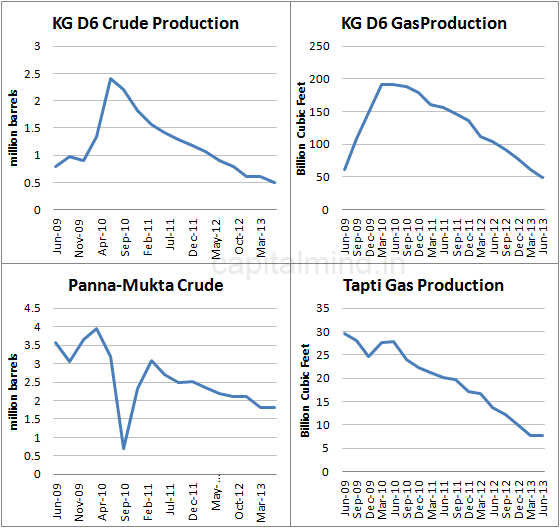 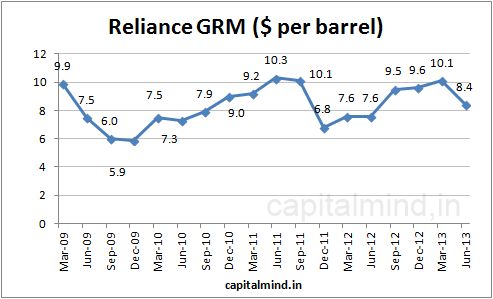 However, the dollar depreciation would have helped. But they hedge a substantial portion of this  – nearly 127,000 cr. of it last year. 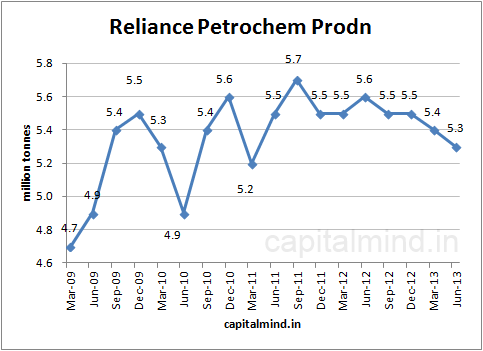 They have a Lot of Debt, and Even More Cash 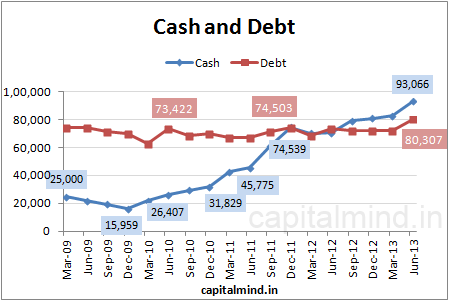 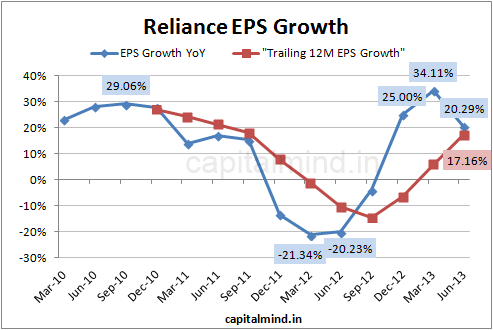 Earnings Per Share for the last 12 months is Rs. 67.6. At 923, the stock quotes at a P/E of 13.65. This is a reasonably small P/E. Their retail stores are doing reasonably and they’re making more noises about Jio Infocomm (their large LTE/4G venture).

The story on the primary business end is dying; but will Reliance, with it’s massive cash hoard, pull things out of its hat?

Disclosure: No positions, and wondering if it’s a good time to buy.