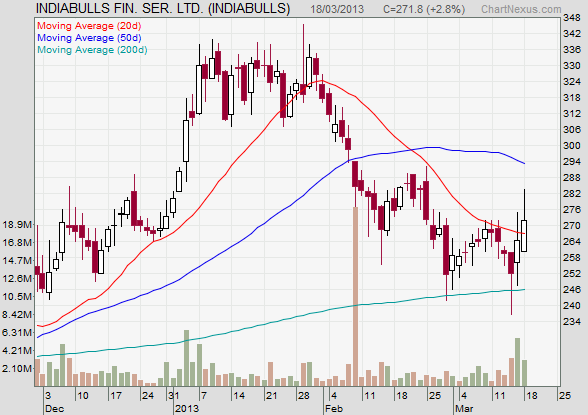 The merger relisting took extremely long, and was only on July 23. However, after a reasonable opening (at 290) the stock has been falling for all days since, with lower circuits on the last three days:

This is despite fairly good results in the last two quarters, where EPS has been over Rs. 10 per share, and the TTM P/E is less than 7. And then there’s a Rs. 6 dividend in August.

While it could be that the recent liquidity crisis is hitting them hard, it’s also that 1.4 crore shares (nearly 5% of the company) have been allocated, vested and exercised (as ESOPs) recently and employees might be hitting the market to sell. After all, employees must have been waiting for ESOPs to vest, and then, they probably want to book their profit (otherwise they have to pay up and hold the shares – and the allotment may be so big they can’t really pay up and are depending on share sales). Also, since taxes are immediate on the profits, people generally sell at least enough to pay the tax. After the drama about the Employee Welfare Trust (which dumped all its shares before the merger), employees now get allocated shares directly.

Or, is there something else?