Consumer Price Indexes for Agricultural Labourers and Industrial Workers have been available since the 1960s. Here’s a long term chart of how they’ve fared. 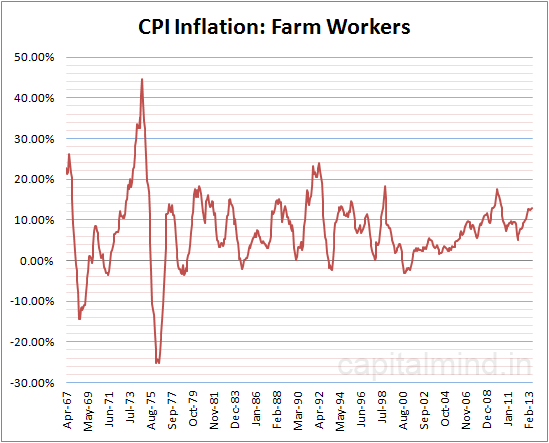 Farm Workers have had it rotten. With inflation spiking in the 70s to over 40% from oil shocks and supply constraints, things had largely gotten under control until about 2004. Then came NREGA which changed a lot – and took Farm CPI Inflation to 18% in Jan 2010. A small reveral took rates below 10% but since mid-2012, rates are rising again. 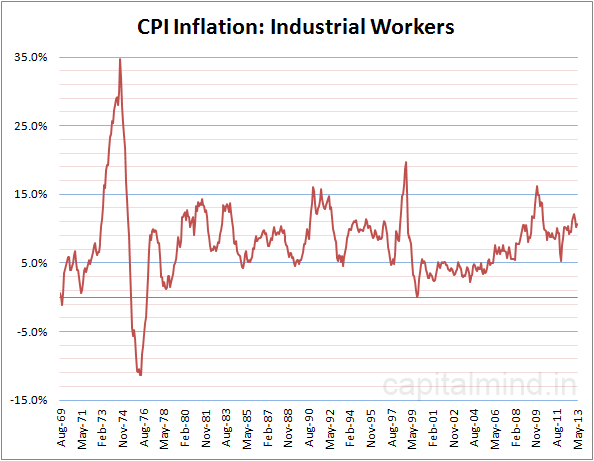 Oh yes, there’s another CPI number, for Rural Labourers. Data only from 1995. 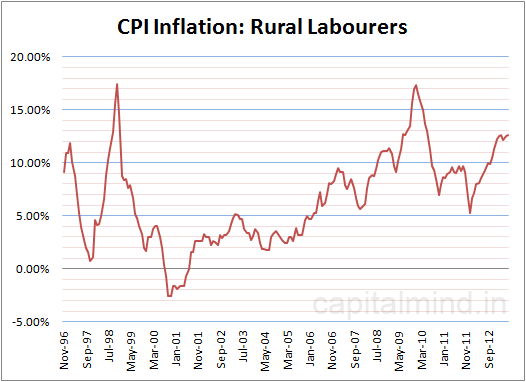