Since RBI introduced the base rate in 2010, Banks are not allowed to lend below that rate. Take a look at how banks have moved their rates in response to RBI rate hikes and cuts. 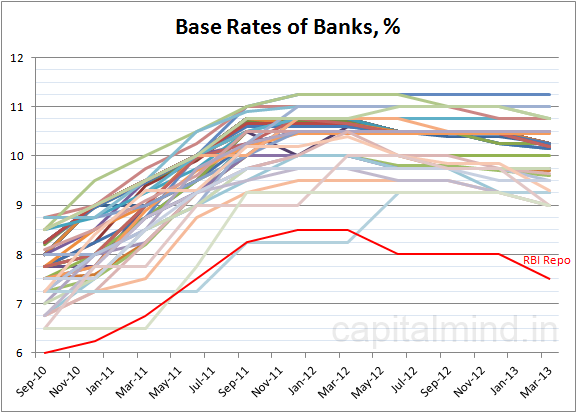 The above chart includes all banks, including foreign banks whose lending rates tend to be lower. Looking at just Indian banks, here’s the situation: 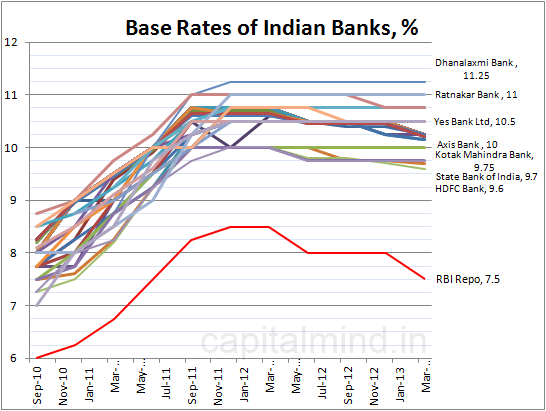