The day has seen some insanity in the money markets. After RBI’s epic raising of marginal rates and curtailing of liquidity, banks have realised that the new deal (of limited repo borrowing) will only apply starting tomorrow.

In the morning, CBLO – Collateralized Lending and Borrowing Obligation, a mechanism to have centralised overnight borrowing between banks – was quoting at 9%. This was much higher than the 7.5% rates that existed earlier.

So banks borrowed a record Rs. 2.16 trillion (1 trillion = 1 lakh crore) rupees from the repo window today – when no penalty rates apply. I guess they had nowhere to dump that money, and they didn’t need any more, so CBLO was left with no borrowers. The rates have promptly crashed to less than 1%! 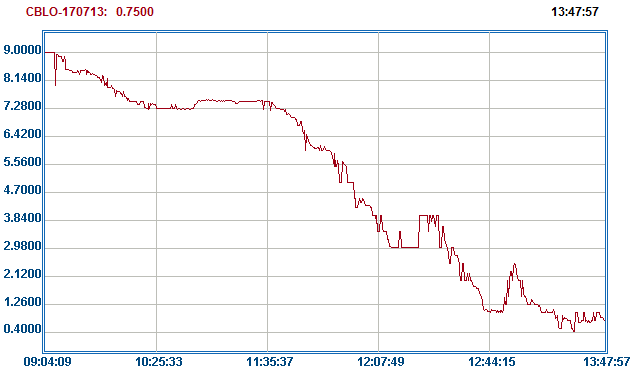 From borrowers, banks have, I think, become lenders, and while it is only for one day, it’s hilarious what kind of incentives drive bankers.

The drama has not been lost on the equity markets as banks have lost over 4%. Fears that banks will suffer are probably premature, though if they do such stupid things they will suffer – the entire banking system has lost around Rs. 30 cr. in this one day, overborrowing from repo. (Rough calculations)

Thanks to Dheeraj Singh for the inputs on this post!