India’s trade deficit rose to an alarming $20 billion in May 2013, with imports growing 7% while exports fell 1% year on year.

The is the second worst monthly deficit ever, with the highest being October 2012. Note: May is, for some reason, a month that seems to draw larger deficits than other months. Growth in terms of exports has now fallen – after going steadily up from June 2012 to March 2013. 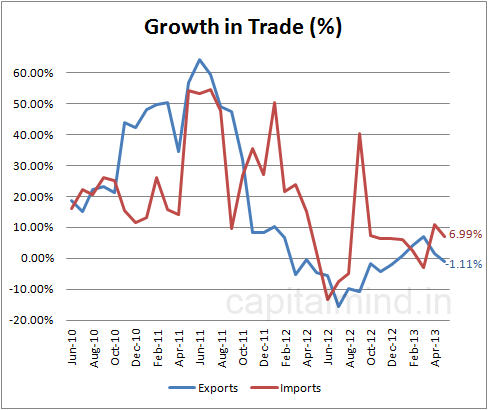 This is just the trade deficit. We also are a net exporter of services for which the data is highly delayed, but the first four months of the year were like this: 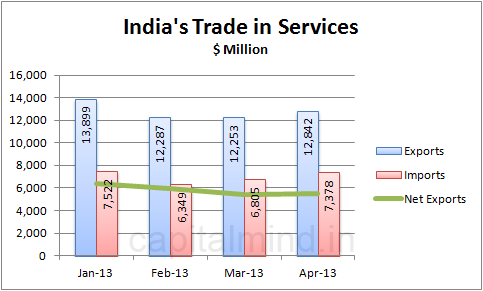 Service exports give us about $6 bn a month of net exports, which hasn’t changed dramatically. However the real drop in the dollar came post May, and exports may take a few months to perk up, so the story will change.