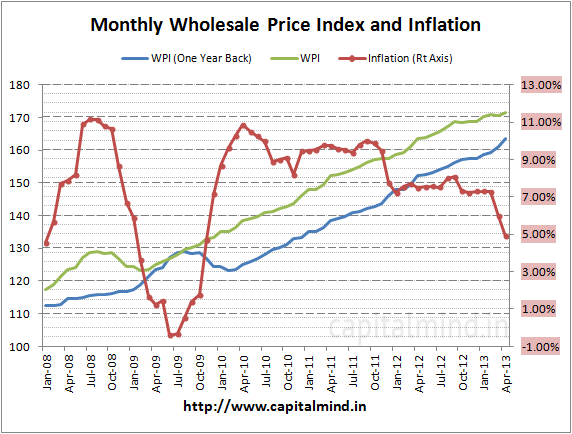 Component wise, we see the lowest number since November 2009 in Manufactured goods inflation (weight: 65%) at less than 4%, 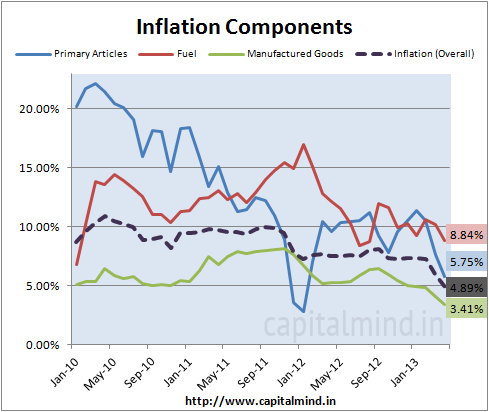 Wholesale primary articles inflation (largely food) seems to be at 5.75%. CPI Food inflation came in at above 10% for April, yesterday. This means someone’s making this massive spread between retail and wholesale prices, it seems.

If there’s one reason I can’t understand the spread, it’s that the same thing seems to inflate very differently in the CPI versus the WPI. For example, “Fruits” are up 8% in April 2013 in the CPI, while the WPI shows, for the same category, just 0.7%. Vegetables, 5.4% in the CPI but a huge NEGATIVE 9% (-9%) in the WPI. This just doesn’t make sense.

Of course the main reason why I don’t believe the headline number is: massive revisions. Again, the index for Feb 2013, originally announced at 6.84%, is now above 7%. 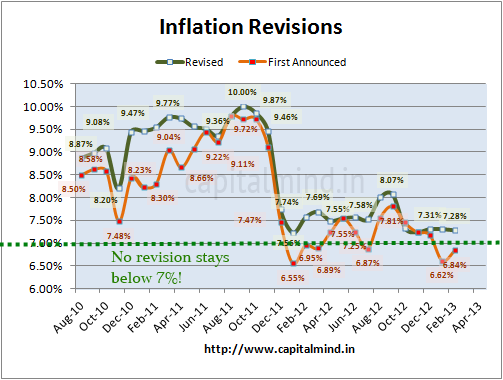 In the last two years, we have had six “initial” announcements of inflation below 7%. In ALL such cases, inflation has been revised to above 7%. I wonder what April’s number really will be.