Inflation in the Wholesale Price Index (WPI) came in at a headline number of 5.96% for March 2013, which not just raises eyebrows but brings the words Whisky Tango Foxtrot into mainstream vocabulary. 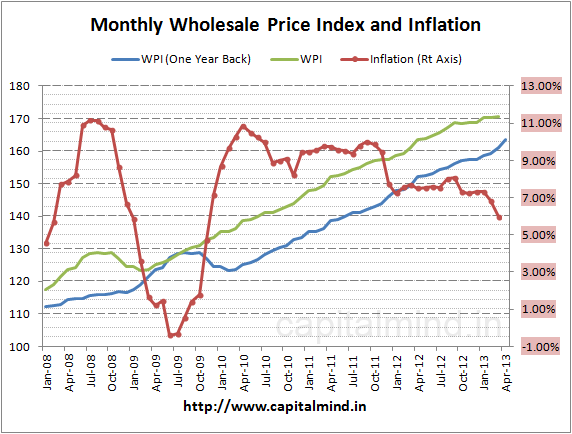 What you don’t see here is that

The inflation number for Jan 2013 was first announced as 6.62%. Now it’s gone up to 7.3%. In Jan, we thought Inflation has come down since December. Not true, it’s now revised to the same level as December!

Essentially, the first number that went under 7%, didn’t. 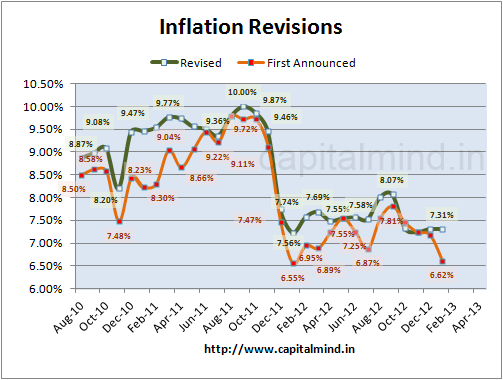 Of course, if you look at components the data seems serious bonkers: 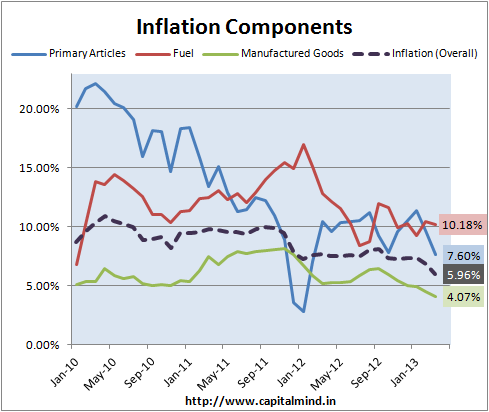 While Fuel inflation has remained high (10%+) Primary articles – mainly food – is down from 11% to 7.6%. This is ludicrous, because the CPI number (consumer prices) showed food prices at the retail level were up 12%+. The “spread” is not that much, senor. I’m almost definite that this 5.96% number will be revised sharply upwards. Effectively I have no confidence in this number.

If RBI actually chooses to believe this data, it will cut rates. Given the fall in crude and gold, it might just do so anyhow. Yet, I’d take this 5.96% with a pinch of salt. Which, by the way, is up 2% from last year.