Much about the low number is really the lack of inflation in manufactured goods (4.51%) whereas both food and fuel inflation are nearly 10% above last year’s levels. 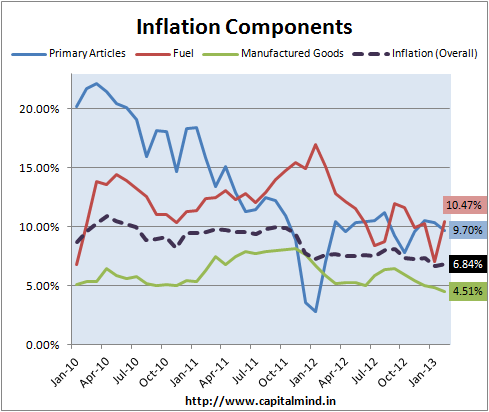 However, it doesn’t seem like we can rely on this data to stay low. Revisions for Dec 2012 are in and they’ve upped inflation in December from the first announced 7.18% to a revised 7.31%, changing the slope of the curve then and now. 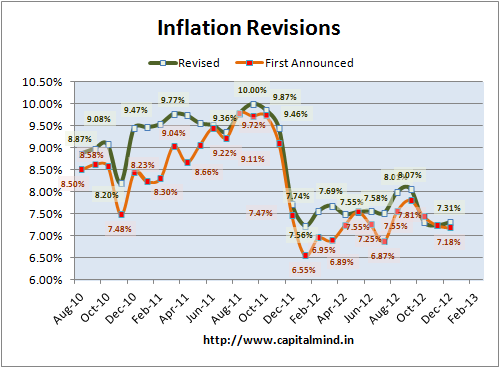 I expect that the RBI will cut rates by another 0.25%. However, tomorrow is when Consumer Price Inflation is announced, and that might be more relevant to you and I. It’s running at more than 10% in Jan.