Cobrapost has an “expose” on how employees of ICICI Bank, HDFC Bank and Axis Bank have been revealed as “blatantly running a huge Nation-Wide Money Laundering Racket”.

They have a number of videos taken by a spy-camera, with the modus operandi being:

The things they say banks will do:

Why is this not surprising? Look at any example – one of them below: 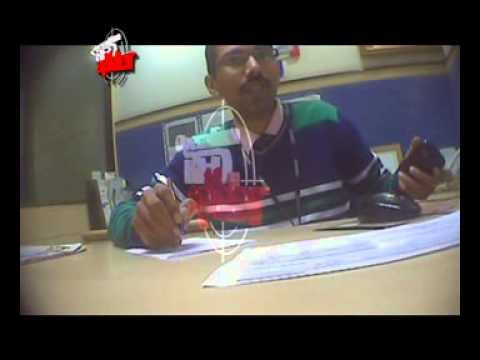 A bank RM will do anything to satisfy a customer. And if there are legal loopholes to the system, you can bet a banker will know. For instance, some of the really old accounts don’t have KYC requirements, so they can be used to temporarily hold and transfer black money to a legit account. Other ways are to invest into a product from one account, but have the redemption done into another account. Mutual funds plug some of these issues (with their “no third party cheque” and “bank account change” regulations) but insurance still leaves some open. And even today the proceeds of insurance are tax free.

Is there a way to fix this? The answer does not lie in getting more stringent KYC norms. In fact, in all the above cases, KYC was the least of all the concerns. You can now get a fake identity in very little time – including a fake pan Number. A person in the possession of crores of rupees will not hesitate to spend a little on this. However the onerous KYC requirements only stifle regular investors.

The answer is to monitor behaviour. The lesson learnt has to be that there are standard patterns that can be used to recognize money laundering. Such as many small cash transactions into an account that are then transferred to another account. Or money that is routed into insurance products but with no regular debits of the kind you would expect from a normal user. Any unused non-KYC account being used suddenly with cash loaded in, or fairly large quantities. Detection is one thing – acting on the information is another – none of the above behaviour is evidence, but it can be used to investigate and frame a case. Unfortunately the only agencies that can do this are the CBI or the income tax department, and a little birdie tells me they aren’t interested or are just as corruptible.

You can point your finger at all the “bankers” (who are nothing but glorified sales agents) in the videos, and you should. But the better thing to do would have been to get actual evidence – like transferring Rs. 10 lakh in cash and actually making them do the benami thing, and having them arrested. Nothing that people “say” is usable as evidence – you can tell people that you intend to commit a crime, but it will not hold in court unless you actually commit the crime. As far as I know, none of the transactions that were mentioned above actually happened – so all these “criminals” (so to speak) will walk away scot free.

This is what we’ve become. A country of no-holds-barred-outrage. We decide a crime. We don’t care that there should be a proper case built so a judge in an actual court can pass judgement. That people should be arrested for a real crime, instead of glorifying some statements. On the basis of mere statements, you would have to arrest half of Delhi for hoarding black money, going from my personal experience.

The other thing this author decides is that this is only done by “private” bankers. I can assure you this kind of behaviour persists with all banks, public or private. In fact, public sector banks have much more under the carpet, and with incentives they will do exactly the same thing.

We passed our judgement on some rape accused before the courts did. We got outraged that Norway held some Indian children away from their parents because they force fed their children, based on some flimsy statements (I’m guilty too) and eventually it turned out the Norwegians were probably right. We get outraged that someone actually defended Kasab in court – when he could be convicted no other way than a court trial.

Often, I get asked about how one can convert black money to white. I don’t know the answer but I know it can potentially be done – through agricultural income (tax free) or insurance, or simply by asking most accountants. I would laugh if someone “exposed” me for knowing such loopholes.

It’s yet another failure – our failure – that while we get outraged by the above, the perpetrators will get away with as little as a loss of a job or a loss of face. However, this will grab media attention for a few days, giving Cobrapost what they potentially want – viewership without actually needing to do the hard work of bringing a crime to the required conclusion. Having said all this, it is better that these malpractices are out here and known to us, than otherwise – now we know the tricks of the biggest conmen of the game, the so-called bankers.