It’s really time to stem the rot. With the continuous retrograde focus on wholesale prices, which either don’t get updated on time or are simply not reflecting reality, the government and RBI (which recently cut rates) have lost the plot. The plot, really is about the fact that Indian consumers feel the pinch more with services, housing and food, the first two of which have ZERO weight in the Wholesale Price Index, and food is way underrepresented. 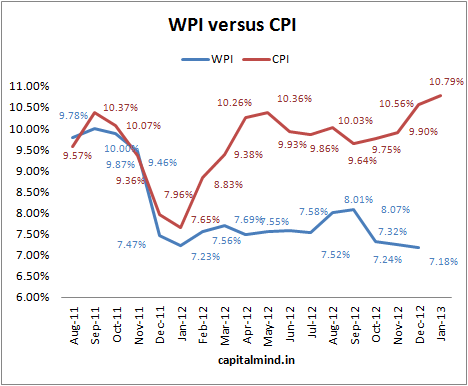 This is the highest ever CPI inflation number recorded since the new index was created in 2011.

And the problem isn’t either rural or urban specifically – both indexes are way above comfort levels. Urban inflation has crossed 11%, the second highest number ever (only higher for a month in April 2012). 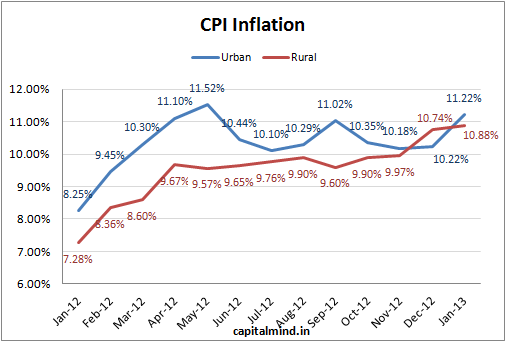 Where are we hurting? The highest inflation is in Food, Clothing, Housing, Fuel and Household Items. 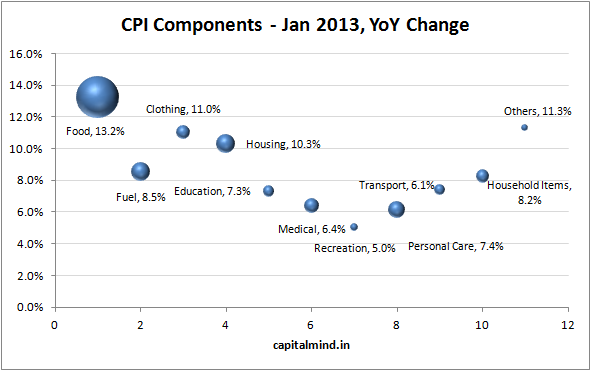 The biggest culprit is food, which the RBI chooses to ignore because they believe they can’t control it. But that makes no sense in a country like India where food, for most of the population, is a significant expense. And please don’t argue that monetary policy does not play a role. If you keep increasing money supply – a terrible thing done in the 00s with no care for consequences – we will see it hit commodity prices.

The lack of proper roads, good storage facilities, a retrograde “food security policy” and things like the NREGA will keep food prices high. To reduce food prices you have to actually free agricultural land from the clutches of archaic rules set by backward thinking politicians. However, change won’t happen in a hurry. Apparently it will take prices to move to 25% inflation before someone decides to act.