The Index of Industrial Production (IIP) in December 2012 has fallen 0.55% from Dec 2011. This supposedly indicates lower growth but I find the index so ludicrously volatile there is just no point doing YoY growth analysis. But I’ll do it anyhow. 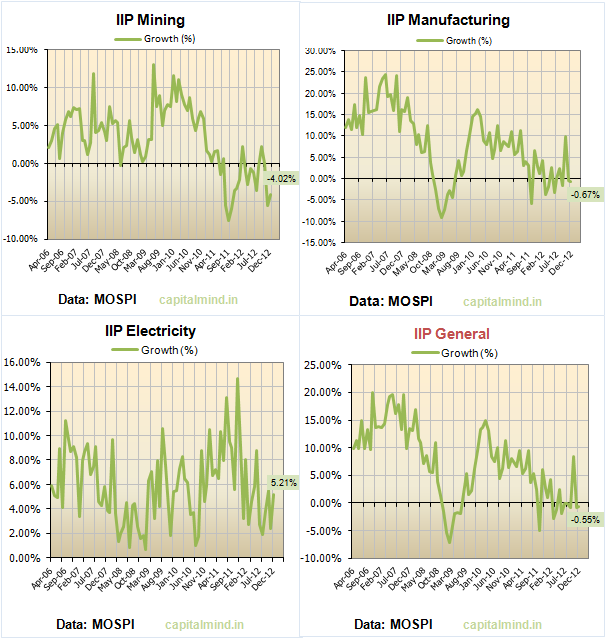 and more, at use based indexes: 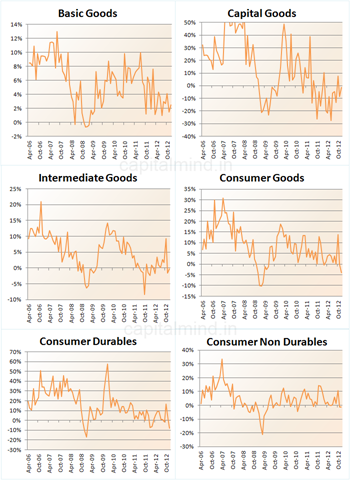 The consumer goods section (durables+non-durables) has fallen off a cliff.

Note however that because Diwali was in November in 2012, and in October in 2011, and Diwali is huge on consumer uptake, the calendar effect will skew results substantially. We should wait until revisions are in and the Jan-Feb-March numbers before making any conclusions. However I would be suspicious of using IIP data alone anyhow.