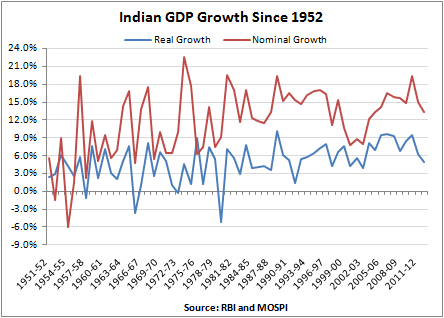 IMF meanwhile thinks we’ll do 5.4%. But then, they think our fiscal deficit is 8.7%, which would make Chidambaram bust a vessel or something.

We’ve seen a decline in growth rates in all except Mining, Construction and Social/personal services. This data may not be trustworthy and to be fair, these are early estimates only.

cOfficial figures for the December quarter come only on Feb 28, the same day as the budget.