I know I shouldn’t bother with figures like IIP (Index of Industrial Production) that are hugely revised every season, but since I’ve been reporting them every month, I’ll continue. The headline number fell 0.4% for September: 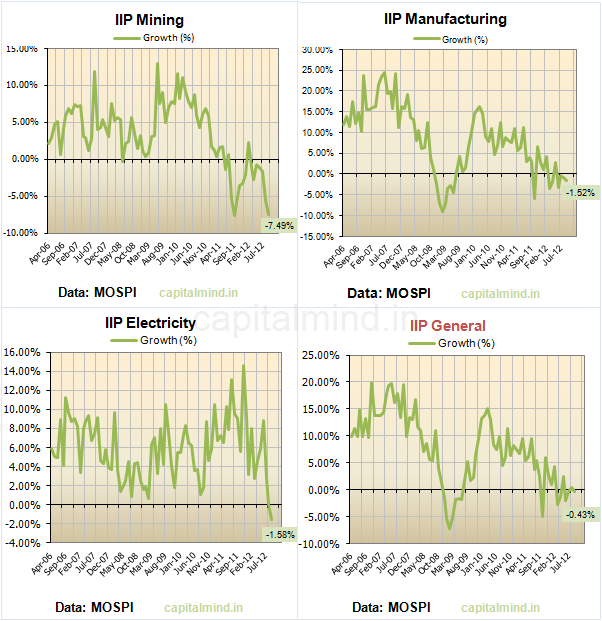 As you can see:

The Use based indexes are also showing a slowdown: