Following up on last year’s post about China’s sheer dominance in steel production, we find that 2011 wasn’t quite so different either: 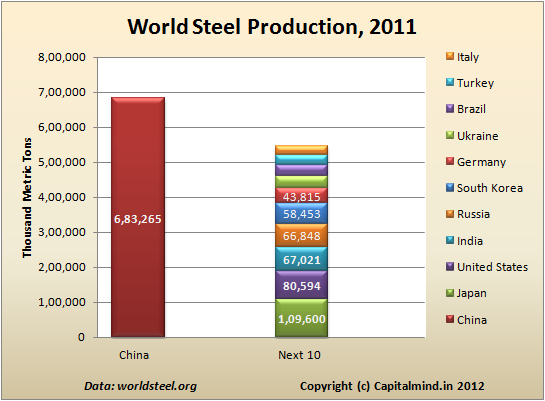 India has moved up a spot as Russian production fell. Regardless, China is more than the next 10, and has grown 10% in the last year. 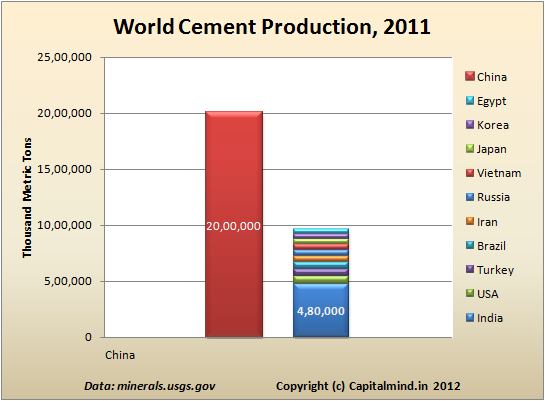 (China is actually greater than the rest of the world combined. The total production of the world was 3.4 billion metric tons – China is 2.0 of that)

Now, stop for a moment and think. If China were to actually slow down and not use all that cement and steel they produce, how do world prices get impacted? (Steel is easier to export than cement, of course)